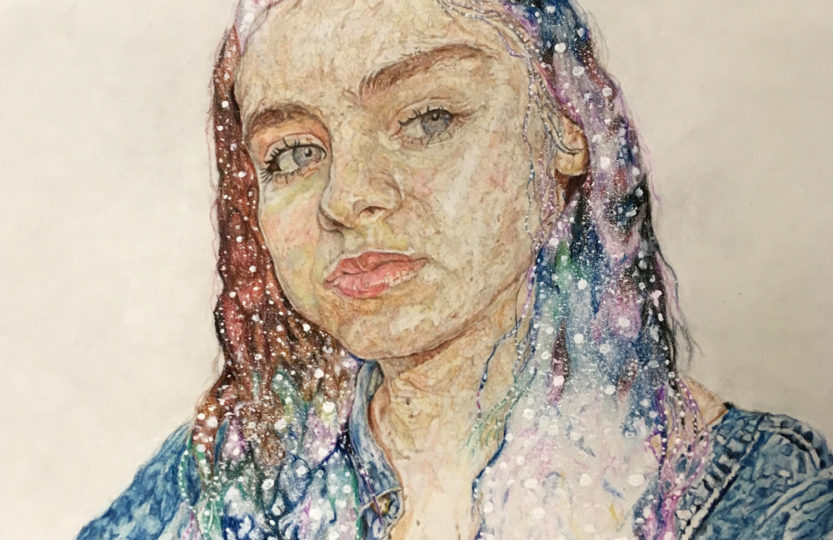 The Fort Wayne Museum of Art announced the regional recipients for the 2018 Scholastic Art & Writing Awards. The winners include 753 students from middle and high schools in northeast Indiana and northwest Ohio. Their original works of art and writing will be featured in a special exhibit at the museum now through April 8, 2018.

Presented by the Alliance for Young Artists & Writers, the 95th Scholastic Art & Writing Awards (SAWA) is the country’s longest-running and most prestigious scholarship and recognition program for creative students in grades seven to 12. This year, nearly 350,000 works of art and writing were submitted to more than 100 affiliate SAWA partners across the country.

“We have an amazing network of affiliate partners who bring the program to life by recognizing and encouraging creative teens across America,” said Virginia McEnerney, executive director of the Alliance for Young Artists & Writers. “Over the course of the program’s nearly century-long history, we’ve learned that this recognition can be life changing. For many creative teens, their regional Scholastic Award leads to recognition at the national level, where opportunities for exhibition, publication, and millions of dollars in scholarships await those who receive top honors.”

Corinna Ladd, PNC’s regional president for northern Indiana, addressed the awardees during the ceremony. This is the second year PNC Bank has sponsored the exhibit at the museum.

“We congratulate the students for their inspiring works of art and innovative writing,” she said. “The Scholastic Art & Writing Awards allows our youth to explore their many talents and engage on a national competitive level. PNC values the impact a thriving arts and cultural scene can have on our community.”

The award program was founded in 1923. Since then, it has helped foster the creativity and talent of millions of students, including renowned alumni who have gone on to become leaders in their fields: Andy Warhol, Truman Capote, Richard Avedon, Philip Pearlstein, and Sylvia Plath. More recently, Stephen King, Richard Linklater, Zac Posen, and Lena Dunham received Scholastic Art & Writing Awards when they were teens.

The Northeast Indiana/Northwest Ohio region is proud of its Scholastic alumni who have built successful careers in creative industries. They include Brett Golliff, a 2003 graduate of Angola High School, who has designed for New Balance, Nike, and Chevrolet; Seth Boyden, a 2011 graduate of Bishop Dwenger High School, who works as a storyboard artist for Blue Sky Studios; and Esther Boller, a 2013 homeschool graduate, who, after winning a National Gold Medal, was awarded a full tuition scholarship to Savannah College of Art and Design. Boller now lives and works in New York City as a pattern maker for Werkstatt.

For Gold Key works of art and writing in the Awards’ 29 categories, including architecture, painting, flash fiction, poetry, printmaking, video game design, and more, the opportunities for recognition will continue when the works are adjudicated again on a national level by a panel of leading creative professionals. National Gold Medalists will be announced in March 2018 and will be honored during a special awards ceremony at the world-famous Carnegie Hall in New York City in June 2018. All National Medalists are eligible for a wealth of additional opportunities, such as inclusion in the Art.Write.Now.Tour traveling exhibition and The Best Teen Writinganthology. National Medalist poets are considered for the National Student Poets Program, the nation’s highest honor for young poets presenting original work.

A complete list of the 753 regional 2018 Scholastic Arts & Writing Award winners is attached.