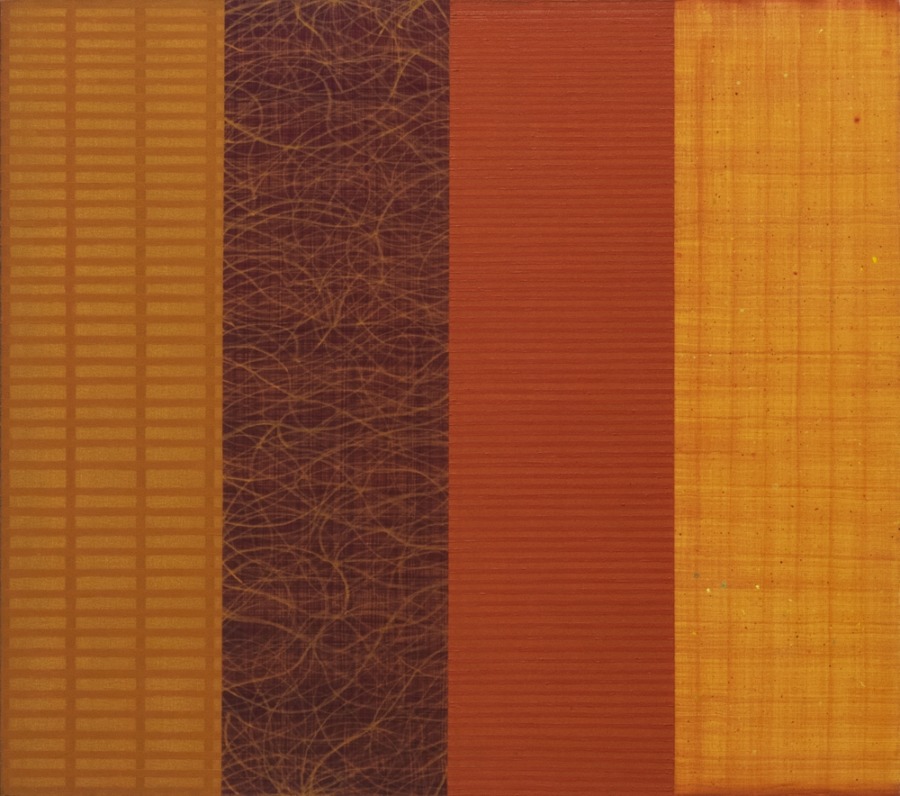 The Fort Wayne Museum of Art is pleased to exhibit, for the first time, selections from its 2016 multi-million dollar acquisition of more than 700 works of art by David Shapiro. The exhibition is an introduction to his numerous themes, his processes, and the intended meaning of his work. David Shapiro: Seer, Actor, Knower, Doer will feature more than 30 works in 3 galleries at FWMoA from September 16, 2017-February 2, 2018.

The curatorial focus of this exhibition will be on Shapiro’s approach to abstract painting, with his unique combination of geometric patterns adopted by artists of the 1970s with the expressive marks and sensual colors allowed by the next generation of artists in the ‘80s.

Shapiro studied and practiced Buddhism, which had a profound influence on his work, and he also was captivated by Asian art which taught him an appreciation for stillness, simplicity, and the beauty of calligraphic line. Shapiro internalized these influences, mixed them with his own spirituality, and fused them into a way of working and a style that were distinctly his own. The title phrase Seer, Actor, Knower, Doer comes from a series of Shapiro’s paintings by the same name, but those words also embody the complex depths of the person and artistry of David Shapiro.

His paintings and prints, according to the author Mason Riddle, "comprise a highly personal language of signs and symbols. Circles, spirals, dots, wave and knot patterns, stylized flames and textures resonate on richly hued, tactile surfaces of Nepalese and Japanese papers, burlap, nylon screening, and canvas evoking a subtle mood of contemplation.

FWMoA CEO and Chief Curator Charles Shepard adds, “Before his untimely death in 2014, David Shapiro had already secured his place in the history of contemporary art by having major museums around the world add both his paintings and prints to their highly regarded collections. That said, the full impact of David’s contributions to the aesthetics of American painting and printmaking in the late 20th/early 21st centuries has yet to be recognized. Alongside artists like Steven Sorman, Kenny Noland, Bob Mangold, and Frank Stella, David Shapiro’s deep and contemplative work advanced abstraction and serious art-making in an increasingly market-driven art world that prospered, predominantly, on sensationalism.”