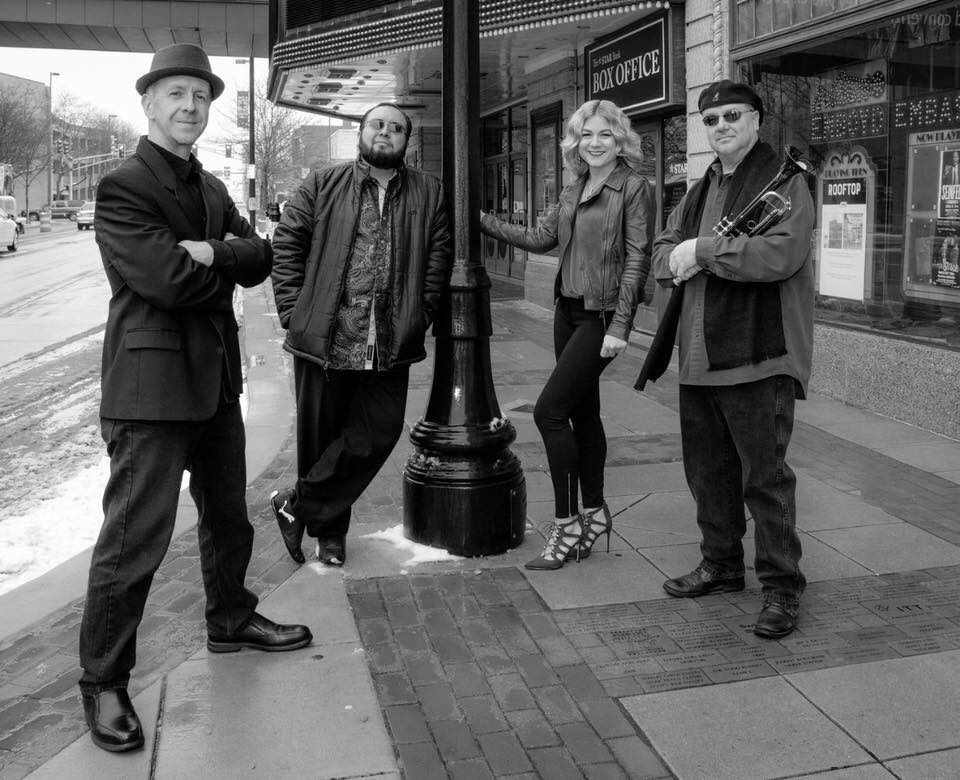 One of the Fort Wayne area’s most popular musical groups makes their first appearance at Roanoke’s Cottage Event Center as The Alicia Pyle Quartet performs at the facility’s annual fundraiser for Riley Children’s Hospital. Tickets are only $12, with doors opening at 6:30 PM and the show beginning at 7:30 PM.

Alicia Pyle studied music at IPFW, and is comfortable in both the jazz and classical genres of music. She has performed with the Fort Wayne Philharmonic among other orchestras and has won several competitions. Her Alicia Pyle Quartet (APQ) has played numerous area events including Jazzfest and Riverfest and on Fort Wayne’s NPR radio station. She teaches piano at the Sweetwater Academy in Fort Wayne.

Besides playing piano, Alicia also sings vocals with the group in a style reminiscent of popular star Diana Krall.

Appearing as a special guest for the concert will be Fort Wayne vocalist Trinell Armour, who often collaborates with APQ.

Tickets may be purchased by phoning 260-483-3508, or by using PayPal on the Buy Show Tickets page at cottageeventcenter.com. Tickets are also available at JOHN’S MEAT MARKET in Roanoke. The event is sponsored by First Federal Savings Bank of Huntington, Tim Rooney of Stifel Financial, author of the recent investment book “Bank On It” and Spokesmen Cycling in Roanoke.

Indiana’s first and only comprehensive pediatric hospital, Riley Hospital for Children has over 245,000 patient visits annually, inpatient and outpatient. Closely affiliated with the Indiana University Medical School, Riley serves patients from every county in the state of Indiana. Known for its family-centered environment and cutting-edge research, Riley is nationally ranked in all 10 of its Pediatric categories. The hospital’s philanthropic partner, The Riley Children’s Foundation, ensures that no child is ever turned away from care because of financial need. The concert is the Cottage Event Center’s fourth annual fund raiser for Riley.

Other upcoming shows at the Cottage Event Center include the return of husband-wife duo THE J TAYLORS on October 20 in a concert for Shepherd’s House facility for homeless veterans, and a TOYS FOR TOTS Holiday Concert December 1 starring SHANNON PERSINGER & THE ERIC CLANCY TRIO. On New Year’s Eve THE BRAT PACK stars in a Dinner show featuring music made famous by Frank Sinatra, Dean Martin and more.

Doors open at 6:30. Cash bar and food is available for purchase.