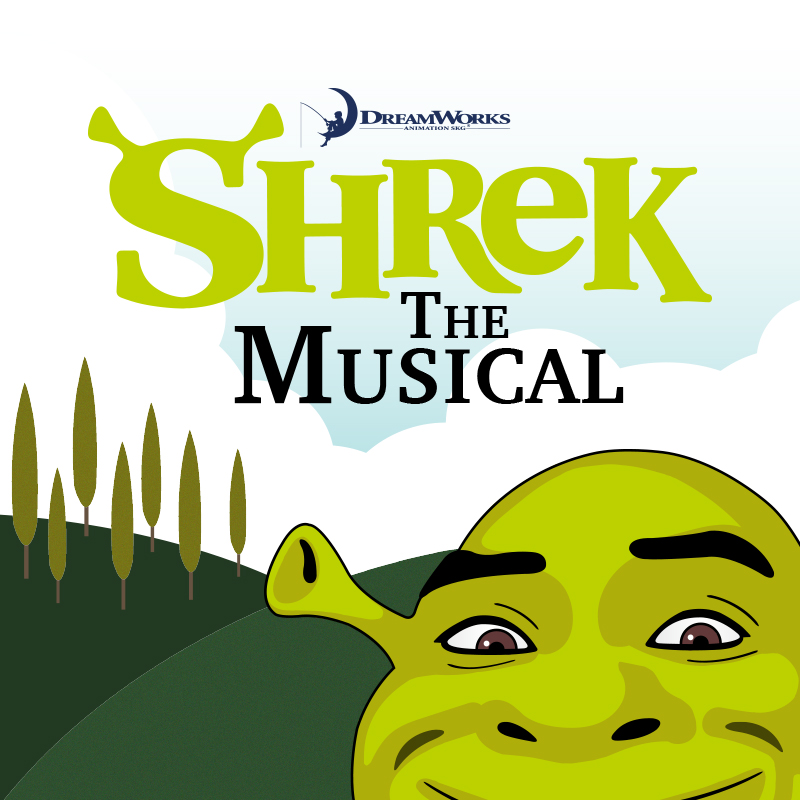 The performances will be held in the Zurcher Auditorium of the Merillat Center for the Arts on March 30 & 31 and April 1, 6, 7 & 8. Performances are scheduled to start at 7:30 p.m. Afternoon matinees will be presented on April 1 & 8 at 2 p.m. An educational matinee for areas schools and home schools is scheduled for Friday, April 7 at 9:00 a.m.

In this truly unique musical, you will join Shrek as he reluctantly sets out with his new found pal Donkey to save the fair Princess Fiona and return her to her promised husband, Lord Farquaad. Unfortunately, none of Shrek and Donkey’s plans go smoothly in this outrageous adventure, particularly in the realm of love. You’ll laugh as the duo attempts to save Princess Fiona from the highest room in the tallest tower of a castle protected by a fierce fire-breathing dragon. Audiences of all ages will appreciate the humor, heart and unlikely romance found in Shrek the Musical.

Shrek the Musical was adapted into musical form by David Lindsay-Abaire and the music was composed by Jeanine Tesori. For Huntington’s production, a guest director and choreographer has returned to the HUTC to lead the cast and crew.

“HUTC is excited to bring back guest director and choreographer, Robin Higginbotham. Higginbotham is a professional New York City based actress, director and choreographer. She has many regional and NYC credits. She also regularly directs and performs for Shenandoah Summer Music Theatre festival in Virginia. She is a long-time member of Actors’ Equity Association, the professional union for American actors. Higginbotham previously directed HUTC’s successful 2013 production of Seven Brides for Seven Brothers,” said Duffer.

For ticket reservations and information contact the Box Office at (260) 359-4261 or purchase tickets online at www.huntington.edu/theatre. Tickets are priced at $12 for general admission, $10 for seniors, $9 for HU faculty and staff, and $5 for HU students.