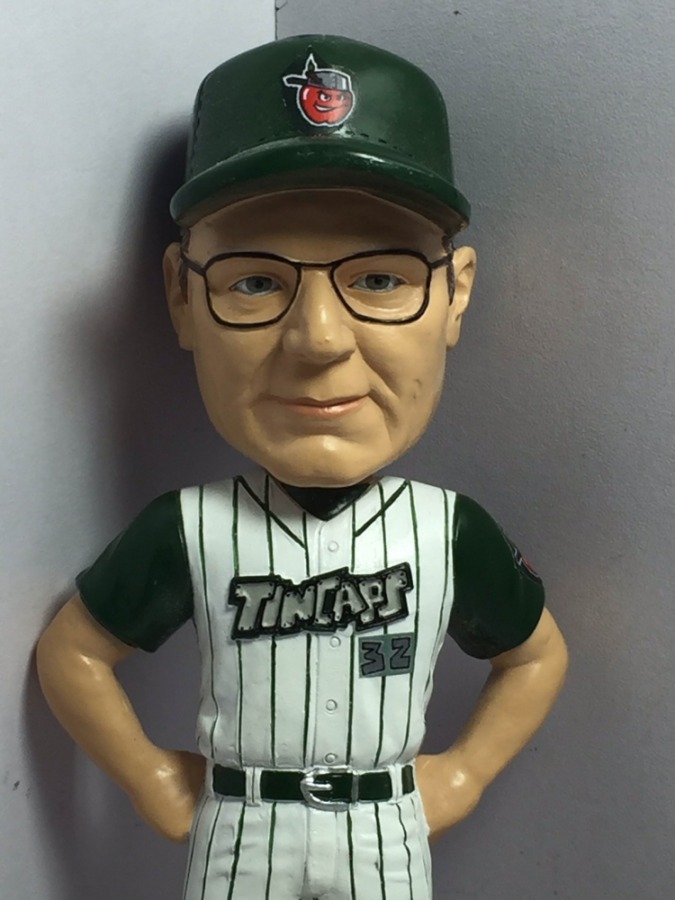 Thanks to Source One Solutions, the first 2,000 fans through the gates at the game against the Lake County Captains (Cleveland Indians) will receive a free bobblehead.

“It’s awesome to see Burt recognized on a bobblehead,” TinCaps President Mike Nutter said. “While Burt had such a great career in the majors and is known for throwing his no-hitter, he’s also been a key part of our operation here in Fort Wayne for four seasons now and has been a joy to work with.”

Hooton spent 15 seasons in the big leagues with the Dodgers, Cubs and Rangers. The right-hander from Texas piled up 151 career wins and was a National League All-Star in 1981, when he was also the National League Championship Series MVP for the eventual World Series champion Dodgers. In his fourth MLB appearance — and his first start of the 1972 season — Hooton spun a no-hitter against the Phillies at Wrigley Field.

The Greenville, Texas, native began his coaching career in the Dodgers organization in 1988 and made six different coaching stops prior to joining Fort Wayne for the 2013 season. Hooton was the Astros pitching coach from 2000-04.

“We are grateful for the opportunity to add something special to what is sure to already be a great night at the ballpark,” Source One Solutions Marketing Director Jim Beights said. “Whether or not fans are lucky enough to go home with one of these unique bobblehead collectibles, it’s a great time to take a moment and reflect on the accomplished career of Burt Hooton and recognize what all he brings to our team.”

Tickets to Burt Hooton Bobblehead Day, presented by Source One Solutions, are available online at TinCapsTickets.com, by calling 260-482-6400, or by visiting the Parkview Field Ticket Office. Fans are encouraged to arrive early on Sunday, Aug. 21, as the 2,000 bobbleheads are expected to be in high demand.

About Source One Solutions