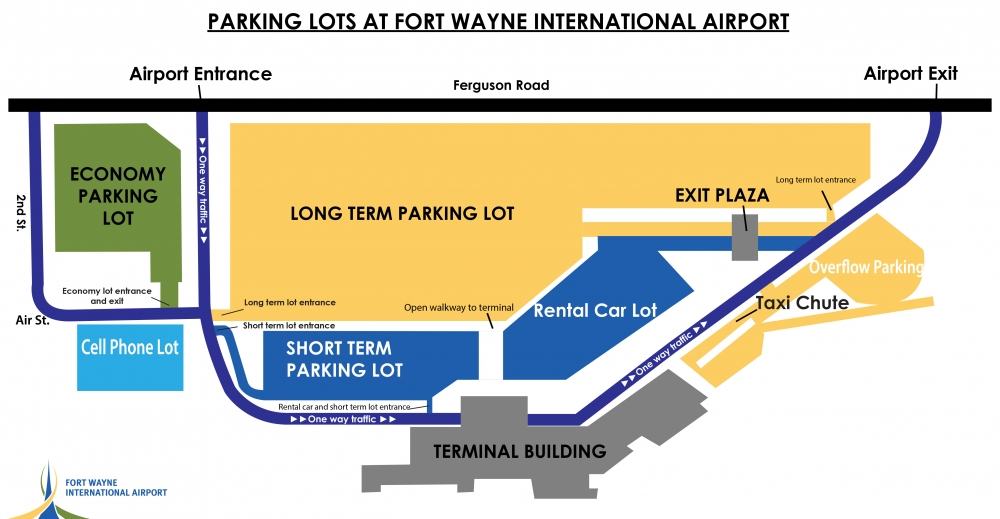 Officials at the Fort Wayne-Allen County Airport Authority expect traffic at Fort Wayne International Airport (FWA) to increase over the busy spring break travel months of March and April. To accommodate the additional traffic, the authority has moved FWA’s cell phone lot to a more convenient location and has also added overflow parking adjacent to the terminal.

Effective Friday, February 26, the cell phone lot will be situated on the west end of the terminal, just past the economy parking lot and steps from the terminal entrance. The lot was initially created in August 2015 to ease curbside congestion during heavy travel periods. It was formerly located on the terminal’s east end but is being relocated to allow for overflow parking in that space.

“We know traffic will increase during spring break, and by making these parking adjustments, we’re able to accommodate that growth while also maintaining a safe curbside,” said Joe Marana, director of operations and facilities for the airport authority. “We just encourage all drivers to use caution, as more travelers will be navigating to and from their vehicles during this time.”

FWA’s curbside is designated for active loading and unloading only and drivers waiting to pick up passengers are encouraged to use the cell phone lot. Parking is also free for 30 minutes in the long-term and short-term lots.