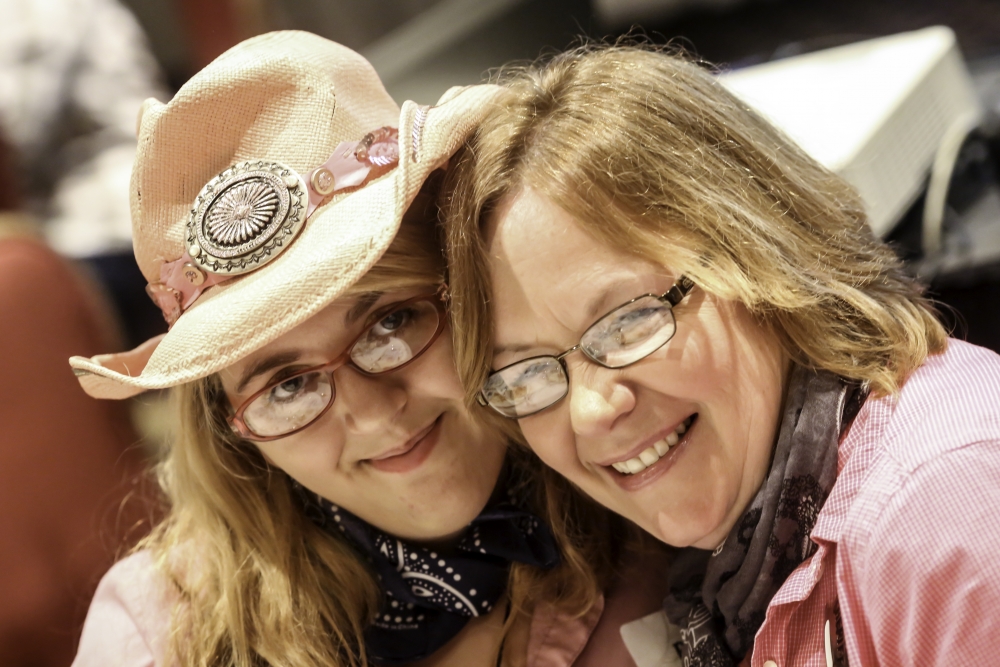 Big Sister Laura and Little Sister Emily were matched in the Community-Based program in 2009. At the time of their match, Emily had never met her father or her siblings. Her mother was plagued chronic illness and finances were tight within the home. Under these circumstances, Emily was left feeling neglected and failing in school. Fortunately, Little Sister Emily found a friend, mentor and confidant in Big Sister Laura who could help her get back on the path to success. Because of Laura’s gentle guidance, reliability and gentle encouragement, Emily has gone from once struggling in school to setting the curve at the top of her class. Today, Emily is a senior in high school and plans to attend college to study creative writing.

Laura’s involvement with the Agency doesn’t stop at “Big Sister,” though. At the local level, she has spoken at several fundraising events and has helped to raise over $50,000 at the annual Women’s Champagne Brunch. Her participation in this event also led to the recruitment of over 75 Big Sisters to be matched with Children in need in the community. As the Executive Administrative Assistant for Do it Best Corp., she has spearheaded the effort for the company to reach out to its vendors for financial support, raising over $300,000 for the national office alone! Over the last ten years, her efforts have helped to raise millions of dollars to benefit Big Brothers Big Sisters of America and open up new pipelines for volunteers and donors alike.

“We nominated Laura for this award because of her passion and sincerity toward both our mission and – more importantly – her Little Sister, Emily,” said Big Brothers Big Sisters Chief Executive Officer Josette Rider. “She always considers Emily’s best interests when choosing activities and continually works to give Emily the confidence needed to achieve success in the classroom and in life. You can tell by the looks on their faces and the tone in their voices when talking about each other that this relationship is truly special to both of them. Beyond that, Laura goes out of her way to help promote Big Brothers Big Sisters and help the Agency support matches throughout our entire 13-county service area. She’s a champion, a fantastic mentor and worthy of this award in every way.”

Frederick will go on to represent Indiana in the national competition for the 2015 National Big Sister of the Year announced in June in Orlando, Florida.