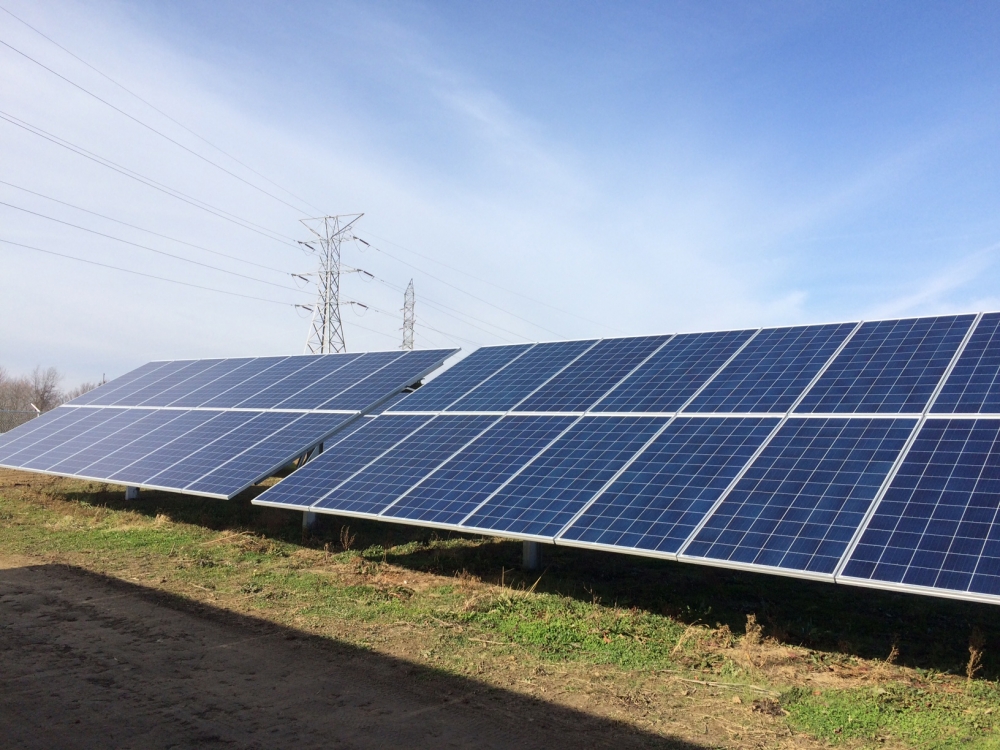 (NYSE: AEP), has begun generating solar power, adding an important form of renewable energy to its

commissioning process to ensure all equipment is functioning properly and safely. The facility is

generating up to 2.5 megawatts of electricity, and its generation is expected to power the equivalent of

“This is a significant milestone for Indiana Michigan Power and our customers,” said Paul Chodak III,

President and Chief Operating Officer of I&M. “Our large-scale solar facility in Marion and the three

I&M is building in the Michiana area in the coming year are an important achievement now, and they

begin generating solar energy in 2016. Combined, the four facilities will have a capacity of nearly 15

Indiana customers can demonstrate their support for solar energy by participating in IM Solar, a

program that allows participants to attribute part or all of their electricity consumption to solar.

Customers can subscribe to retire Renewable Energy Certificate blocks at $2.21 per month. One

50 kilowatt block is equivalent to about 5 percent of a typical home’s electric use. To learn more about

IM Solar or to sign up, go to www.IndianaMichiganPower.com/Solar.

“Customers have increasingly told us they want more renewable energy, and our large-scale solar

coal and, through power purchase agreements, wind. About half of I&M’s generation portfolio is from