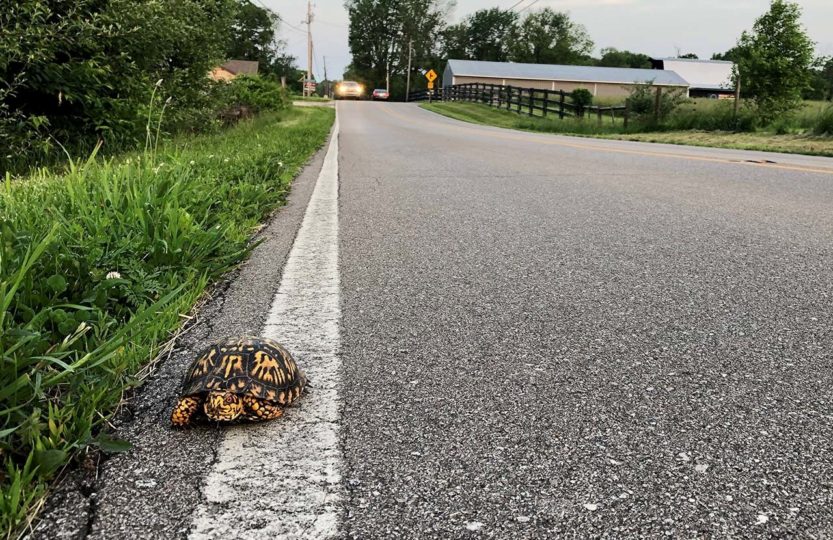 It’s nesting season for Indiana’s native turtles, which means Hoosiers may find them crossing roads this time of year.

All native turtles are regulated in Indiana. Endangered species and Eastern box turtles are protected and cannot be collected from the wild or kept as pets. If you encounter a turtle, it’s best to simply observe and enjoy the shelled reptile in its natural habitat. Wild turtles do not make good pets – they live a long time (some species are able to outlive their owners), can be messy, and have special husbandry needs.

Indiana’s turtles face a number of conservation challenges. Habitat loss and illegal collection for the pet trade remain imminent threats, and the destruction of turtle nests by predators continues to impact populations. Seven of the state’s 16 turtle species are listed as state endangered or special concern.

Turtles found crossing roads may be moved off the roadway as long as conditions are safe to do so and the turtle is moved in the direction it was traveling. The turtle should not be moved to a new area, which would displace it from its home range and remove it from the population. Relocating turtles to new areas can leave turtles disoriented and spread new diseases to that area. Some species, like Eastern box turtle, have a strong homing instinct and if moved, may spend most of the rest of its life trying to find its original home.

Turtle nests in backyards should be left undisturbed. A mesh cage may be placed over the nest to protect the eggs from predators, as long as it is checked daily for hatchling turtles.

Common snapping turtles and softshell turtles may be harvested with a valid Indiana hunting or fishing license, but bag limits, season dates and other regulations apply, see eregulations.com/indiana/fishing/reptiles-amphibians/ . The hunting season for these species is closed during the April–June nesting season.

Learn more about Indiana’s amphibian and reptile regulations at wildlife.IN.gov/3328.htm 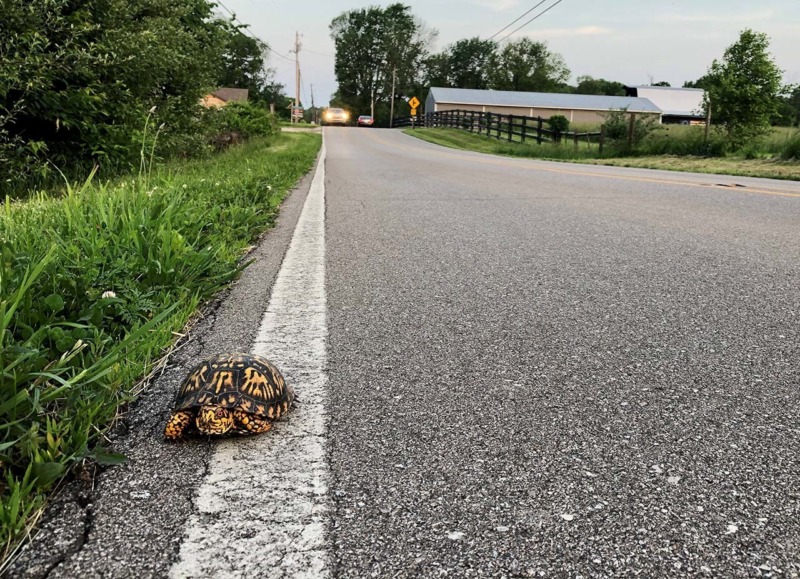