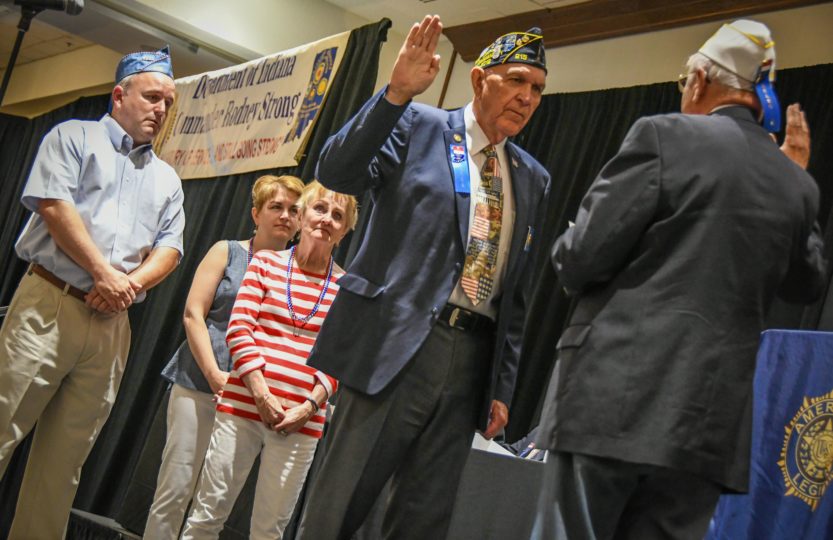 Allen Connelly was elected The American Legion, Department of Indiana state commander by delegates from the 11 districts throughout the state during the 101st annual Indiana American Legion Convention on July 13, 2019, in Indianapolis.

The American Legion is comprised of military service veterans who have served honorably during times of conflict in defense of their nation and has been active within Indiana since 1919. The Indiana American Legion has supported veterans from every major conflict since World War I to Iraq and Afghanistan within its membership.

Allen is a 49-year member of LaGrange American Legion Post 215 in the Fourth District where he has served in most all offices at the Post level, including Post Commander in 1999-2000. He is currently serving as Post Service Officer as well as Hoosier Boys State and Flag Education Chairman. The Post awarded him an Honorary Life Membership in 2006.

At the District level, he has served as Public Relations Chairman, Chaplain, Finance Officer, Adjutant, Vice Commander and Commander in 2005-2006. He continues to serve the District as a member of the Finance Committee and the District Advisory Committee.

At the Department level, Allen served as Department Northern Vice Commander in 2011-2012. He most recently served as Chairman of all four Commissions. He is currently serving as a member of the Strategic Plan Committee and the Centennial Celebration Committee.

Allen gained his eligibility for The American Legion through his honorable active duty service from January 2, 1964, to Dec 11, 1965, in the U.S. Army where he was separated with the rank of Sergeant.

Allen has served his community in several capacities over the years. He served 25 years on the LaGrange Volunteer Fire Department; he was a member of the Lakeland School Corporation Board of Trustees for eight years, where he served as president; he served 12 years as a member of the Bloomfield Township Advisory Board, and he has served as the Veteran Representative on the LaGrange County Drug Court since its inception. He is a member of St. Joseph Catholic Church in LaGrange.

Allen has a 100% Legion Family. He has been married for 52 years to his wife Becky who is an Auxiliary member of Unit 215 in LaGrange, and his two children, Craig and Kelly are members of the Sons of the American Legion Squadron 215 and Auxiliary unit 215.

Allen adopted the Department slogan of “We Change Lives” as his motto this year, saying, “No other motto represents who we are and what we do better than We Change Lives. It’s more than a motto, it’s a focus statement for the entire Department.”

“This foundation is an innovative and forward-looking approach to the challenges facing the department. As our membership numbers decline, so does the revenue to fund vital American Legion programs,” said Connelly. “Your support will help ensure we can meet the needs of our veteran community long into our second century.”

The American Legion Department of Indiana is comprised of more than 77,000 military service veterans who have served honorably during times of conflict in defense of their nation and has been active within Indiana since 1919. The Indiana American Legion has represented veterans from every major conflict since World War II to Iraq and Afghanistan within its membership.

The Indiana Legion provides representation to 63,000 of the 87,500 service-connected disabled veterans in Indiana for entitled Veterans Affairs benefits, making up 71 percent of the claims work in the state, bringing back more than 385 million a year to the Hoosier economy, free of charge, regardless of membership.

If you have any questions, please contact The American Legion Department of Indiana Communications Director Tim Sproles at 317-403-6266 or by email at communications@indianalegion.org. 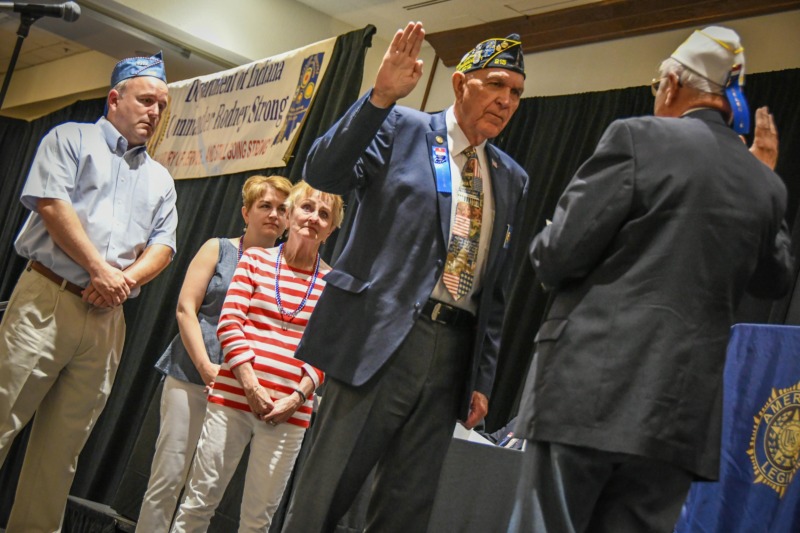