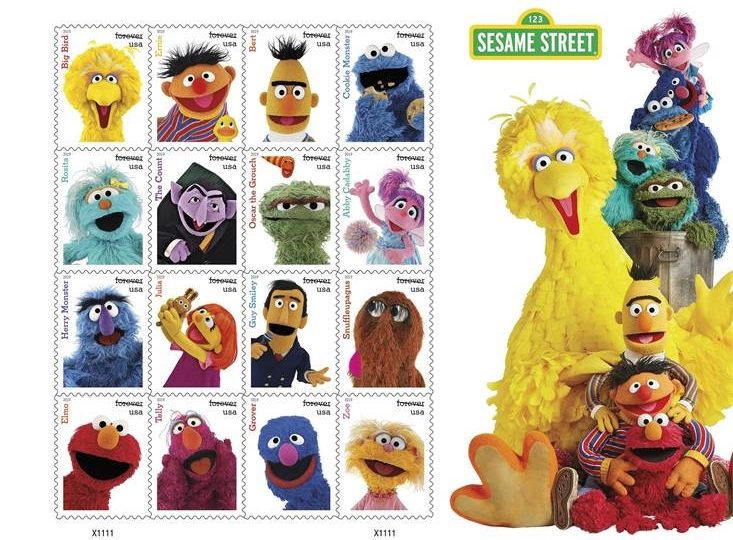 The U.S. Postal Service will honor Sesame Street, the influential and beloved children’s television show at an event in Detroit, on Saturday, June 22, 2019.

For 50 years, the series has provided educational programming and entertainment for generations of children throughout the country and around the world.

The first day of issue event for the Sesame Street Forever stamps will be held immediately preceding one festival stop on the Sesame Street Road Trip, a celebration of the show’s golden anniversary that will be held in 10 cities across the United States. News of the release is being shared on social media with the hashtag #Sesame50.

Arranged in horizontal rows, the stamps showcase 16 of the Muppets characters that appear on Sesame Street — Big Bird, Ernie, Bert, Cookie Monster, Rosita, The Count, Oscar the Grouch, Abby Cadabby, Herry Monster, Julia, Guy Smiley, Snuffleupagus, Elmo, Telly, Grover, and Zoe. Images of nine of the characters appear on the right side of the pane underneath the iconic Sesame Street sign. The back of the pane displays the Sesame Street 50th anniversary artwork.

Sesame Street stamps are being issued as Forever stamps. Forever stamps will always be equal in value to the current First-Class Mail 1-ounce price.

Customers may purchase stamps and other philatelic products through the Postal Store at usps.com/shop, by calling 800-STAMP24 (800-782-6724), by mail through USA Philatelic or at Post Office locations nationwide. 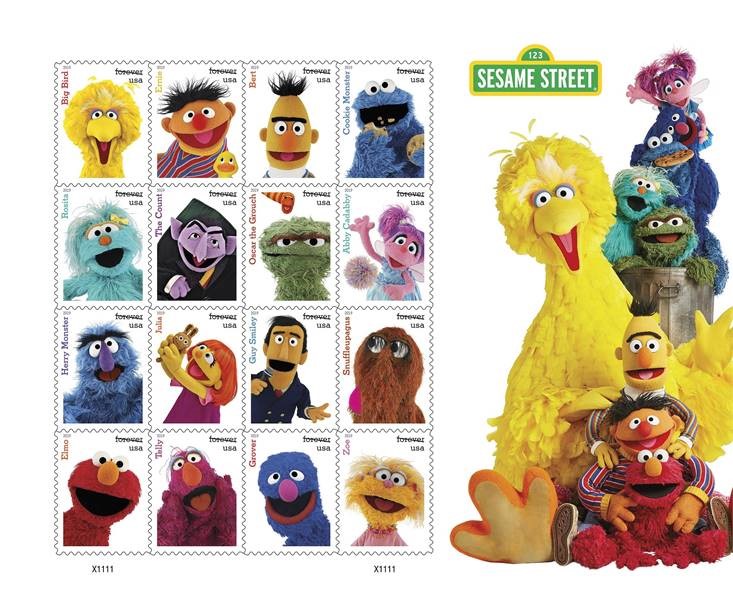