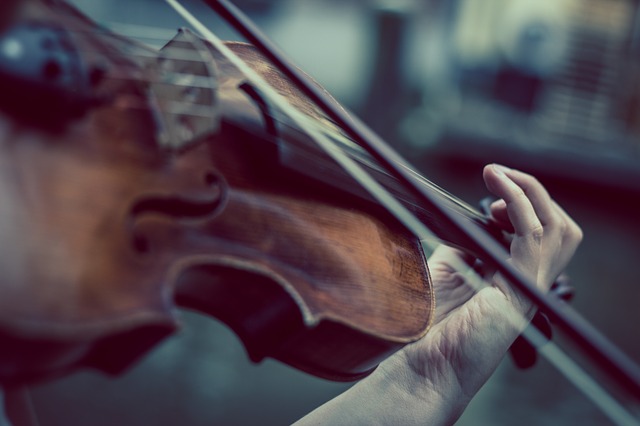 The Links Incorporated was founded in 1946 and is an International Women’s Service Organization that is among the most prestigious associations of Black women in the World. The Links Incorporated is a volunteer service organization of concerned, committed and talented women who, linked in friendship, enhance the quality of life in the larger community. The organization is concerned primarily with enriching, sustaining and ensuring the identities, culture and economic survival of African Americans and persons of African descent.

Three Years ago, The Arts facet of the Fort Wayne (IN) Chapter of the Links Incorporated, which focuses on enhancing the knowledge and appreciation of youth and adults for the fine arts, presented Amir Pierre-Louis with a Scholarship to assist with paying for her music classes.

This Year the Chapter reached out to Amir, who is now in the 10th Grade of Southside High School, to see how she was progressing musically. In her 8th Grade Amir was accepted as a Violist for the Fort Wayne Junior Philharmonic and is a current member of the Junior Philharmonic.

The Fort Wayne (IN) Chapter of the Links Incorporated is quite proud of Amir’s accomplishments, both musically and academically. Therefore, the Chapter’s, Services to Youth facet along with the Arts facet are pleased to present Amir with another scholarship of $250 to assist with more music classes this year. We will continue to follow Amir’s progress and look forward to providing continued assistance to this very talented young lady.

About Amir and what Music means to her, in her own words:

“I was born two months premature; from that day was a long path of many struggles. My
Mother was told I would never be a child who was at grade level like my classmates. I started playing musical instruments earlier in life. I was introduced to musical instruments through playing the Taiko drums at four.

While in fifth grade I tried out for Math Bowl and made the team. I also competed in my first ISSMA competition and won gold, I was quite excited! I competed in ISSMA during middle school and won gold as well.

My eighth grade year I tried out for the Fort Wayne Junior Philharmonic with all my Instruments and I was accepted as a Violist. For the last three years I have been a member of the Junior Philharmonic and continuously improving academically. I have come a long way, from struggling student to taking honors English and Chemistry classes in high school.

“Music gives a soul to the universe, wings to the mind, flight to the imagination and life to everything.” ― Plato