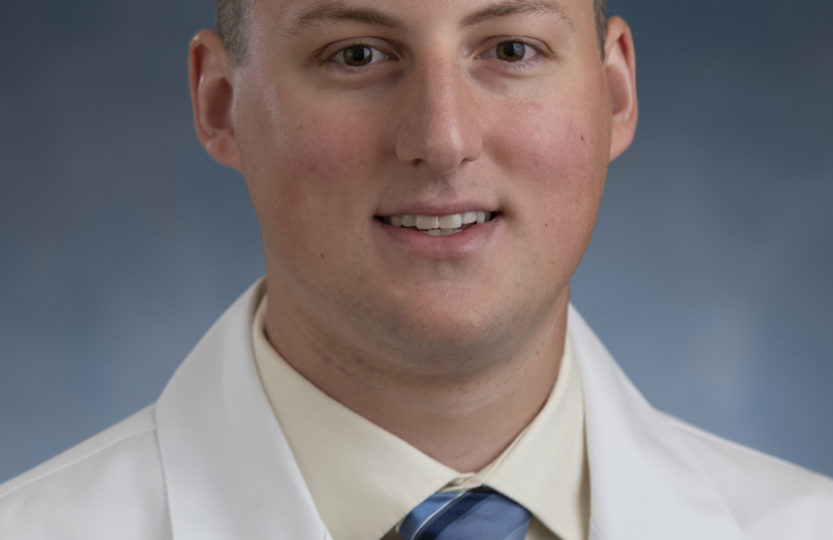 Nine providers specializing in the areas of trauma surgery, cardiology, gastroenterology, family medicine, pulmonology and cardiovascular and thoracic surgery, are the most recent to join the Lutheran Health Physicians team.

Following medical school, Dr. Saites served as a categorical resident in general surgery at Mayo Clinic in Rochester, Minnesota. Between 2011 and 2013, Dr. Saites completed pediatric surgical research and a fellowship in surgical critical care at Boston Children’s Hospital where he served as an instructor at Harvard Medical School. Returning to Minnesota in 2013, Dr. Saites continued his residency training at the Mayo Graduate School of Medical Education. From 2015 to 2017, he served at Henry Ford Hospital in Detroit, where he completed his general surgery training.

Prior to joining Lutheran Health Physicians, Dr. Saites practiced trauma and acute care surgery and served as director of the surgical intensive care unit at Medical City Arlington in Arlington, Texas, from 2017 to 2018.

His office is located in Suite 306 of Medical Office Building One, 7900 W. Jefferson Blvd., on the Lutheran Hospital campus.

John Varner, DO, FACC, is a member of the Lutheran Health Physicians cardiology team. He examines, diagnoses and treats patients with heart disorders that can be managed by medication and lifestyle changes.

After completing medical school at the University of Osteopathic Medicine and Health Sciences in Des Moines, Iowa, Dr. Varner returned to his home state of Michigan to complete an internal medicine residency and a cardiology fellowship at Botsford General Hospital, now known as Beaumont Hospital, in Farmington Hills. He served the Traverse City, Michigan, community as a cardiologist for more than a decade. Most recently, Dr. Varner worked as a cardiologist at McLaren Medical Group in Bay City, Michigan.

Dr. Varner is board certified in cardiology. He is a member of the American Osteopathic Association and the American College of Cardiology.

Dr. Varner is located at 7916 W. Jefferson Blvd., on the Lutheran Hospital campus.

Douglas Weissman, MD, FACP, is a fellowship-trained gastroenterologist who has more than 20 years of experience in the advanced care of patients with acute and chronic gastrointestinal, biliary and liver disorders.

Dr. Weissman earned his medical degree from Howard University College of Medicine in Washington. He completed an internal medicine residency at Mount Sinai Medical School in Morristown, New Jersey, and a gastroenterology fellowship at Mount Sinai Hospital in New York. He also completed fellowships in endoscopic ultrasound and biliary endoscopy in Montreal and Santiago, Chile, respectively.

Dr. Weissman’s office is located in Suite 201 of Medical Office Building One, 7900 W. Jefferson Blvd., on the Lutheran Hospital campus.

During her eight years as a nurse and NP, Ireland has provided medical/surgical and post-partum care to patients at Woodlawn Hospital in Rochester, Indiana, and Pulaski Memorial Hospital in Winamac, Indiana. Prior to joining DMG in 2017, she also delivered after-hours crisis care at Kindred at Home Hospice in Rochester.

Ireland’s office is located at 1000 N. Broadway in Peru, Indiana.

Traci Neuenschwander, NP, is a nurse practitioner on the Lutheran Health Physicians pulmonology team. Neuenschwander treats patients with diseases of the lungs and bronchial tubes, including the upper respiratory tract and the heart.

Neuenschwander has 15 years of experience as a registered nurse working for Lutheran Health Network in units including cardiovascular intensive care, pulmonary and medical/surgical. Her past six years have been in support of the LHP pulmonology team. In 2018, she earned her nurse practitioner certification from Indiana Wesleyan University in Marion, Indiana.

Neuenschwander’s office is located at 7916 W. Jefferson Blvd., on the Lutheran Hospital campus.

Brittony Rogers, NP, is a nurse practitioner who treats patients with severe, life-threatening blunt force and penetrating injuries. As a member of the Lutheran Health Physicians trauma surgery team, Rogers assists surgeons as they operate on patients who are critically injured and oftentimes suffering from multiple injuries to the colon, pancreas, spleen and/or stomach.

Her office is located in Suite 306 of Medical Office Building One, 7900 W. Jefferson Blvd., on the Lutheran Hospital campus.

Romack brings 14 years of nursing experience to DMG, having most recently served at Kosciusko Community Hospital in Warsaw, Indiana. During her career, Romack has also provided urgent and primary care to patients at QuadMed in Warsaw and North Manchester, Indiana.

Romack has served more than 15 years as a volunteer with Girl Scouts including more than eight as a troop leader.

Located in Peru, Romack’s office is at 1000 N. Broadway in Peru, Indiana.

Matthew Cummins, PA, is a member of the Lutheran Health Physicians trauma surgery team. He assists surgeons as they operate on patients who are critically injured and often suffering from multiple injuries to the colon, pancreas spleen and/or stomach.

Cummins Graduated from Marian University in Indianapolis with a bachelor’s degree in biology in 2009. He became a physician assistant when he earned his Master of Science in Physician Assistant Studies degree at Indiana State University in Terre Haute, Indiana.

Cummins has a special interest in water/energy conservation, and worked as a wilderness therapy guide in Maine and physical oceanographer before changing his career course to medicine.

Cummins is based out of suite 306 of Medical Office Building One, 7900 W. Jefferson Blvd. on the Lutheran Hospital campus.

Jeffrey Willard, PA-C, is a physician assistant on the Lutheran Health Physicians cardiovascular and thoracic surgery team. He primarily assists surgeons performing surgeries in the chest region – specifically in the heart, lungs and major blood vessels.

Willard earned his bachelor’s degree in biology from Indiana University-Purdue University at Indianapolis. In 2018, he completed his master’s degree in physician assistant studies from Indiana University in Indianapolis, where he focused his clinical studies in the areas of cardiothoracic surgery, general cardiology and cardiac electrophysiology. Prior to his physician assistant training, he obtained several years of clinical experience while observing physicians in spine surgery, family medicine and diagnostic radiology.