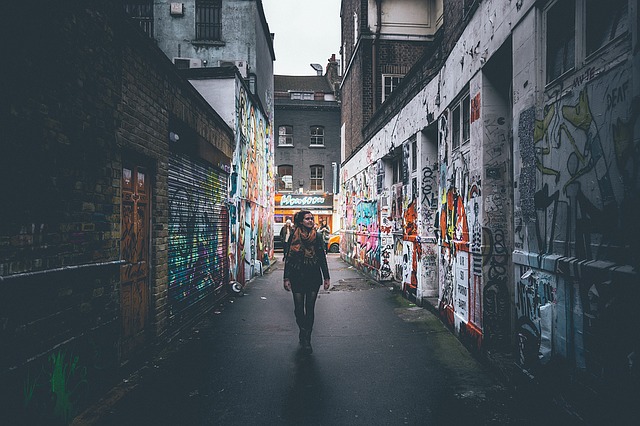 Funding for alley repair wasn’t available until this year after City Council approved an adjustment in the local income tax to go toward alley, sidewalk and riverfront improvements.

“I’m encouraged by the progress we’re making to address neighborhood infrastructure needs,” said Mayor Henry. “Having a dedicated funding source to make improvements to alleys throughout Fort Wayne sends a clear message that we care about and are committed to ensuring we have strong and thriving neighborhoods. We know that neighborhoods are the backbone of our community and we must make investments that will have a lasting impact.”

The alley between Third and Fourth streets and Franklin and Schilling avenues improved an alley that had deep, warn-away to dirt and gravel ruts in several locations, making it difficult for vehicles to maneuver. The reconstruction for this means 1.2 miles of alley reconstruction is complete this year, and another two miles is under construction with the completion to come later in the year.

“Alleys offer important access for residents to the rear of their property and parking of their vehicle. During portions of the reconstruction, the alley closed to residents, and I know that presented some challenges for the neighborhood. We appreciate residents being patient as the project was underway,” said Shan Gunawardena, Director of the Public Works Division for the City of Fort Wayne.

A record $30 million is being invested this year for road, sidewalk and trail enhancements, and there’s been a total of $130 million of neigbhorhood improvements over the past five years.

*Fairfield and Hoagland avenues from Kinnaird to W. Wildwood avenues

*Hugh and Eliza streets from Francis to Ohio streets

*Winter and Lillie streets from Lewis to Hayden streets

*W. Fourth and Third streets from Schilling to Franklin avenues

*Central and Plaza drives from McKee to Pontiac streets

*Lewis and Hugh streets from Francis to Chute Street

*Oakland St. and Andrew streets from Spring to Fourth streets

*Oakland St. and Sherman Blvd. from Greenlawn to Archer avenues

*Kentucky and Crescent avenues from State Blvd. to Nevada Ave.