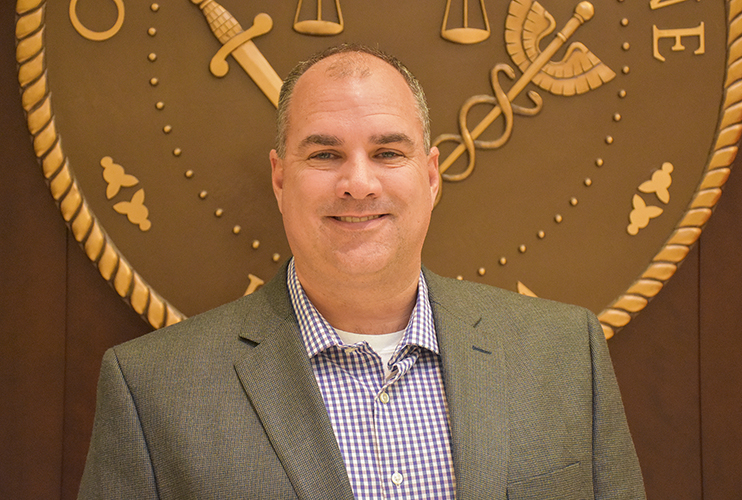 Mayor Tom Henry and the Board of Park Commissioners today announced Steve McDaniel has been appointed as the new director of the Fort Wayne Parks & Recreation Department effective April 2.

McDaniel is a 26-year veteran of the Fort Wayne Parks & Recreation Department. He’s served as deputy director of asset management since 2007. McDaniel currently oversees the administration of all plans and activities related to the development, utilization, construction and maintenance of 86 parks, more than 135 buildings and hundreds of vehicles and equipment. In addition, he leads the maintenance operation of all City of Fort Wayne trees, playgrounds, aquatic centers, pavilions, athletic facilities, trails and pathways.

As director, McDaniel will manage an operating budget of over $18 million and a capital budget of nearly $8 million.

From 2005-2007, McDaniel was manager of project administration and has held the position of project representative. He began his service with the department as an engineering intern. McDaniel also has experience as an instructor of construction estimating at IPFW.

“Steve is a dedicated public servant with a strong commitment to meeting the needs of residents and visitors,” said Mayor Henry. “Steve is uniquely qualified to lead the Parks & Recreation Department. His experience and expertise, work ethic, communication skills and dedication to implementing best practices position him to be an outstanding director.”

“I’ve been with the department for my entire professional career, and I’m excited about this opportunity to be its next director,” said McDaniel. “We’re fortunate to be part of a community that values parks, and we have a team of employees who are committed to providing excellent services and offerings to the public.”

McDaniel is active in the community as a current board member of the Fort Wayne Municipal Building Corp and Trees Indiana and a former board member for the Georgetown Little League. He earned a bachelor’s degree in construction technology from Purdue University, Fort Wayne.

McDaniel will replace Al Moll. Moll recently announced his retirement after serving as director of the Fort Wayne Parks & Recreation Department since 2005.