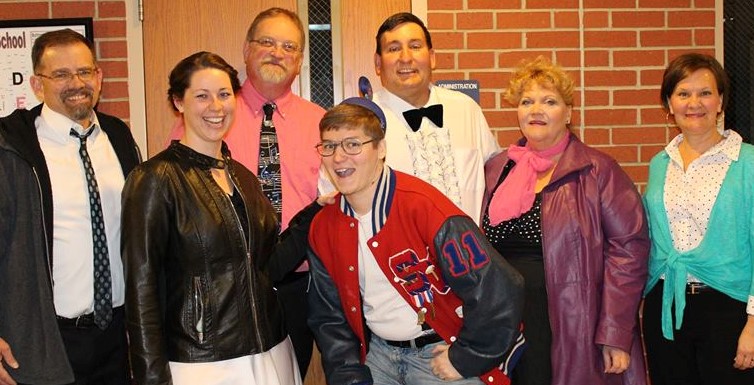 Hilarious routines from the Golden Age of Comedy will be recreated onstage at Roanoke’s COTTAGE EVENT CENTER Friday, February 9th starring funnymen LARRY BOWER and SCOTT NEDBERG. Also performing will be the 9 member musical ensemble MUSICLECTICS, who present a variety of styles including Show Tunes, Oldies, Country and Gospel. Proceeds will benefit the Roanoke Food Pantry.

Bower & Nedberg pay tribute to the madcap humor of the Vaudeville era, typified by the classic “WHO’S ON FIRST” routine made famous by Abbott & Costello.

Larry Bower, is co-founder of BOWER NORTH PRODUCTIONS as well as being active in area Theatrical productions. He is also a veteran of the Fort Wayne area broadcasting scene. He worked many years at WKJG TV where his duties included numerous stints at the local emcee for the annual Jerry Lewis MDA telethon. He is currently News Director for WBCL FM radio.

Scott Nedberg has performed in several of Bower North’s audience-participation mysteries as well as in other community theater productions at venues including Warren’s Pulse Opera House. Nedberg is Pastor of Warren United Church of Christ.

Doors open at 6:30 PM with the trio taking the stage at 7:30. Food will be available for purchase, and a cash bar will also be available.