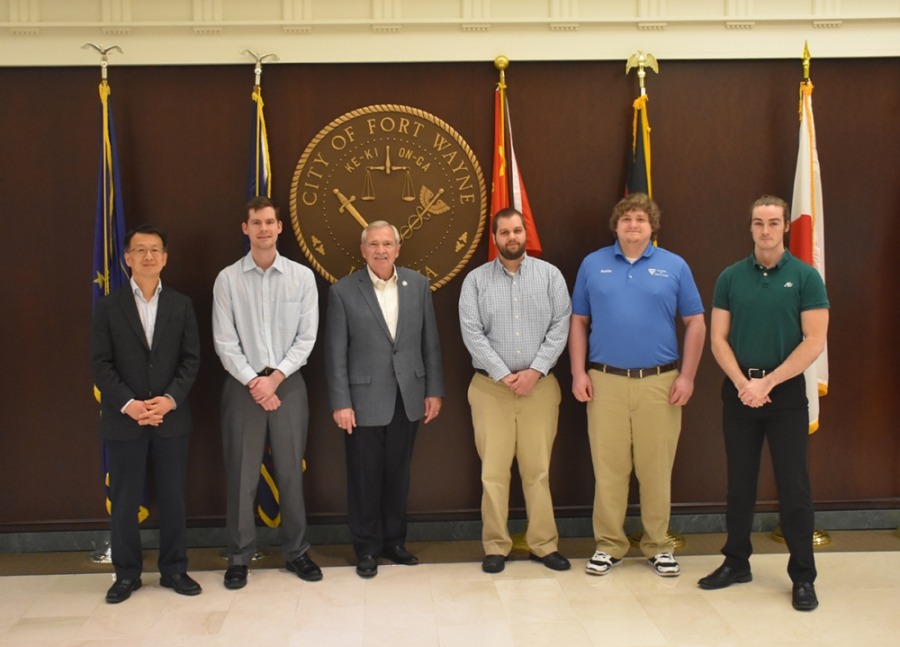 The City of Fort Wayne and IPFW are partnering to develop a mobile app for people who use the City of Fort Wayne’s greenways and trails system. Computer Science Senior Capstone Teams at the university are working with the City’s Greenways & Trails Department on an app to help collect data on trail usage and trail conditions. The project is set to benefit the entire community.

Users who create an account would be able to provide information to the City about maintenance items or safety concerns. For instance, after a severe storm, trail users could send photos where trees have fallen across the trail. The information would have GPS coordinates and be time stamped.

“Working with the City of Fort Wayne on this multi-year project allows our students to gain real-world experience in their field of study,” said Beomjin Kim, project advisor and professor and chair of computer science at IPFW. “It also allows us to provide a useful tool for members of the community and City officials.”

Dr. Kim says the next steps are to address security issues and then thoroughly test the app before it is released.

“The City of Fort Wayne appreciates and values the partnership with IPFW,” said Dawn Ritchie, City of Fort Wayne Greenways Manager. “This app will be valuable to our Volunteer Greenway Rangers, as well as trail users who want to report maintenance concerns to the City in a user-friendly, convenient manner.”

The collaboration began when Ritchie and Dr. Kim met at a Future City competition. A discussion about doing a project together led to the Computer Science Senior Capstone Project, which is set to continue through the 2017-18 academic year.