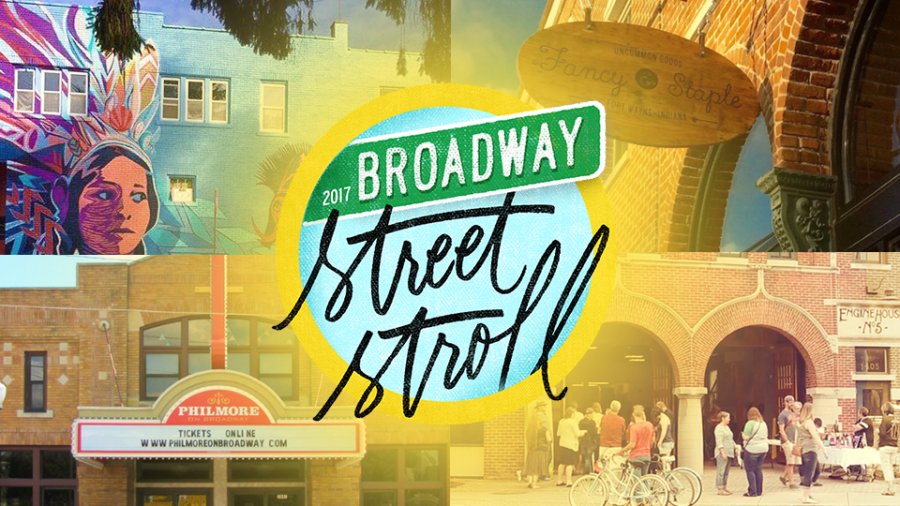 Broadway Street Stroll returns for round two of art, music, food and brew on Broadway on July 23, 2017 from 1-6 PM.

Broadway Street Stroll made its debut in 2016, led by co-chairs Mandie Kolkman and Brent Drake. “The 2016 Broadway Street Stroll was a huge success! The first time festival was really well received. This gave the committee and I the momentum to elevate the experience for attendees this year," said Kolkman.

Locations along Broadway that are participating in this year’s street stroll include The Philmore on Broadway, The Brass Rail, The Phoenix, Mad Anthony Brewing, Trubble Brewing, Ratliff Gallery, Fancy & Staple, The Hedge, and more to be announced.

Live music will be at these locations. The performing bands include The Meat Flowers, The Snarks, My Apollo, Hales Corner, Rosalind & The Way, The Harlequins, Metavari, Heaven’s Gateway Drugs, Some Trainhoppers and more to be announced. Schedules will be announced closer to the event.

One ticket buys admission to all venues. Tickets can be purchased for $15 each