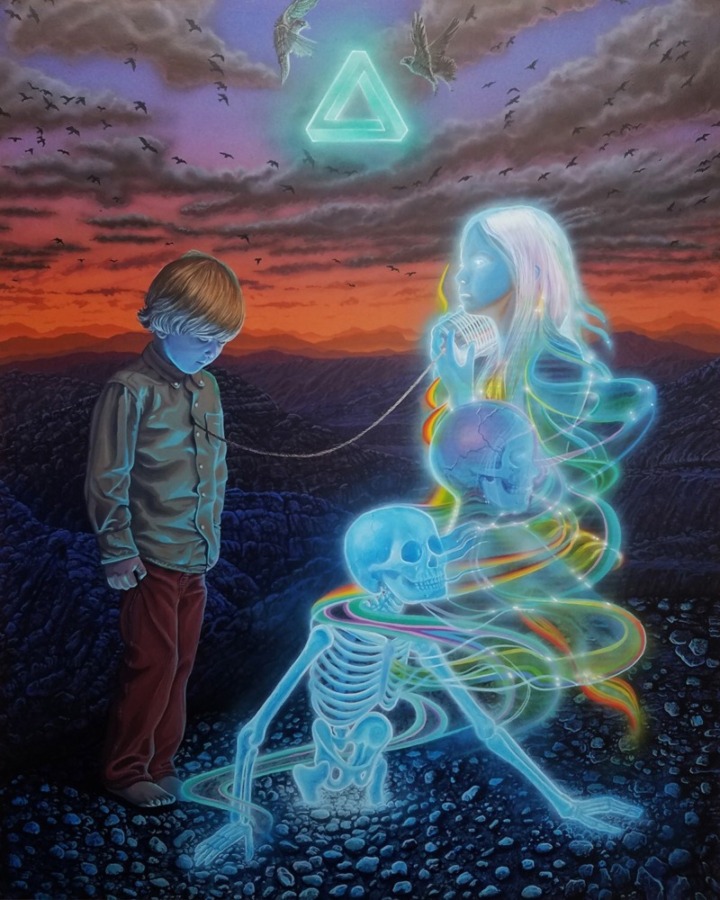 Robert Williams: SLANG Aesthetics! is the Midwestern debut for a new body of work by the champion of underground artists, Robert Williams. The exhibit will be on view April 22-July 23, 2017 at the Fort Wayne Museum of Art in Indiana.

Robert Williams: SLANG Aesthetics! features new work by an artist widely upheld as the godfather of the lowbrow, pop surrealist, and colloquial realism art movements, direct antecedents of the New Contemporary Art movement. Williams is an American painter and cartoonist who founded Juxtapoz Art & Culture Magazine and was part of the group of artists who produced Zap Comix with R. Crumb. Comic-style illustration certainly influenced his own highly detailed, complex paintings that fused the sunny side of California car and surfer culture with the bawdy underbelly of all things underground.

As both patriarch and outlaw, Williams’ enduring influence on the movement is undeniable. A true maverick who sought to create vital work that channeled the shifting energies and immediacy of the countercultural from the 1960s onward, Williams’ self-described "Conceptual Realist" paintings invoked a return to craftsmanship, figuration, and demotic imagery that rejected the more elitist tenets of conceptual minimalism.

“After our museum’s expansion in 2010, which gave us more than 3 times the number of galleries, we expanded our vision of what type of exhibits to curate for these new spaces. A particularly interesting area of contemporary art was the work being done across the country by artists who increasingly seem to lack a special reverence for the contemporary ‘fine art world.’ These artists, in a wide variety of media, were pushing their careers forward without waiting to be invited by the art world. That nonconformist attitude is precisely what led us to want to do this show – despite the fact that Williams and his offspring never behaved as though they needed a museum to anoint them as acceptable,” said Charles Shepard, President & CEO of FWMoA.

FWMoA is planning a series of events for this exhibit.