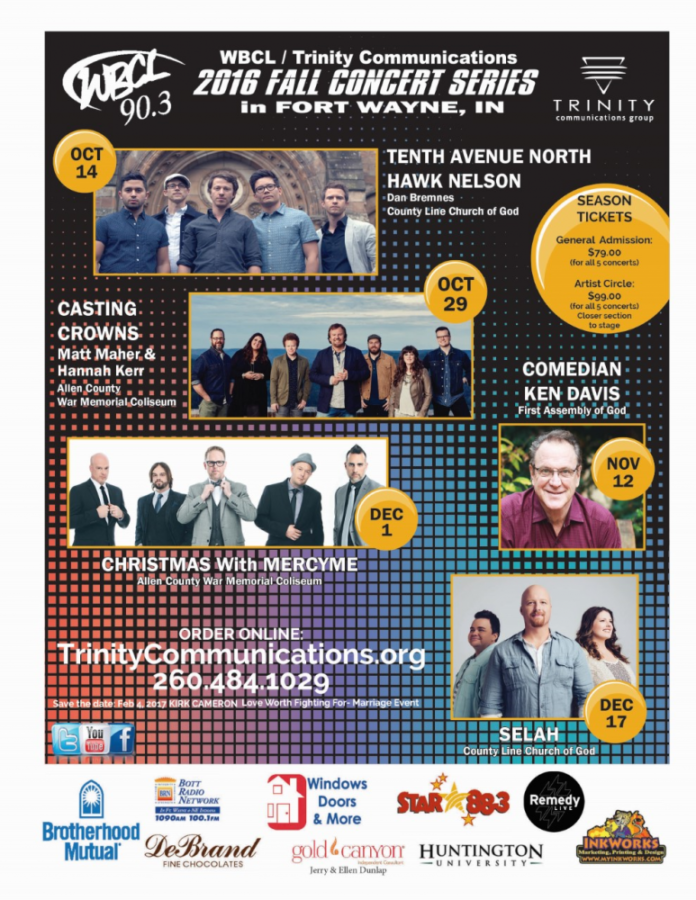 Founded in 1982, Trinity has been promoting Christian concerts to share the gospel of Jesus Christ in all forms of media. This year’s Fall concert series is nothing short of that consistency and is one you will not want to miss. From trials, like overcoming cancer, to successes, like millions of albums sold and artist of the year, these dynamic acts have a story to tell.

A season ticket, which includes all five concerts, costs $79.00 for General Admission and $99.00 for Artist Circle. Tickets can be purchased at 260-484-1029 or online at Trinity’s homepage TrinityCommunications.org.