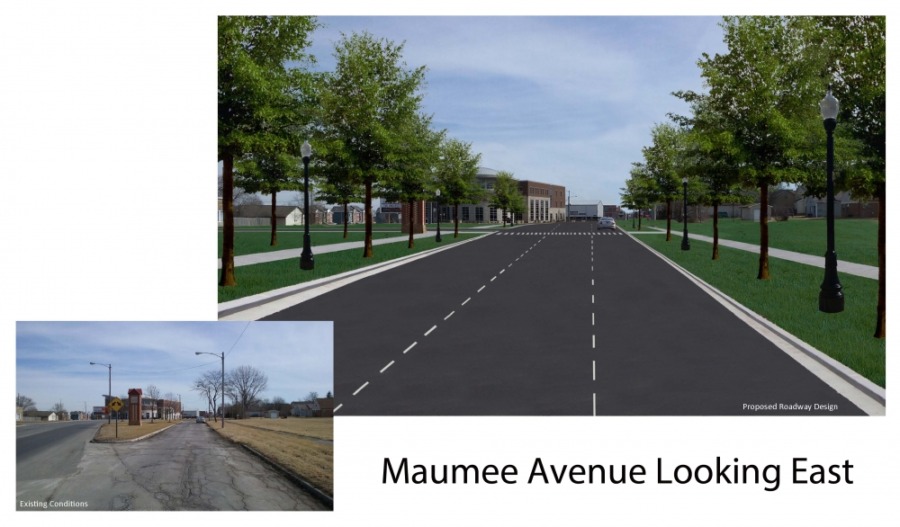 The project will straighten the road at the current curve to improve safety between Harmar and University streets near the Indiana Tech campus.

In the past 11 years, 54 accidents have occurred near the curve and 76% of those were single vehicle accidents.

Besides the alignment improvement, other project features are designed to reduce speeds in the area. These features include brighter lighting on lower posts, landscaping including trees on the side of the road and the reduction of lane width to 11 feet from the current 12 feet.

“Investing in infrastructure projects near neighborhoods and education and business corridors is critical in our commitment to enhancing Fort Wayne as a great place to live, work and play,” said Mayor Henry. “We’re making tremendous strides as we continue with proactive and innovative efforts to improve streets and roads and position our community and region as a quality of life leader.”

Indiana Tech purchased and donated the property on the south side of the current road to make this improvement possible.

The East Central neighborhood marker will be moved to the north side of the street in John Nuckols Memorial Park which boarders Maumee Avenue.

This neighborhood investment of $1,156,432 will be performed by local company, Brooks Construction.

This year the City of Fort Wayne is investing $25 million in neighborhood infrastructure improvements.