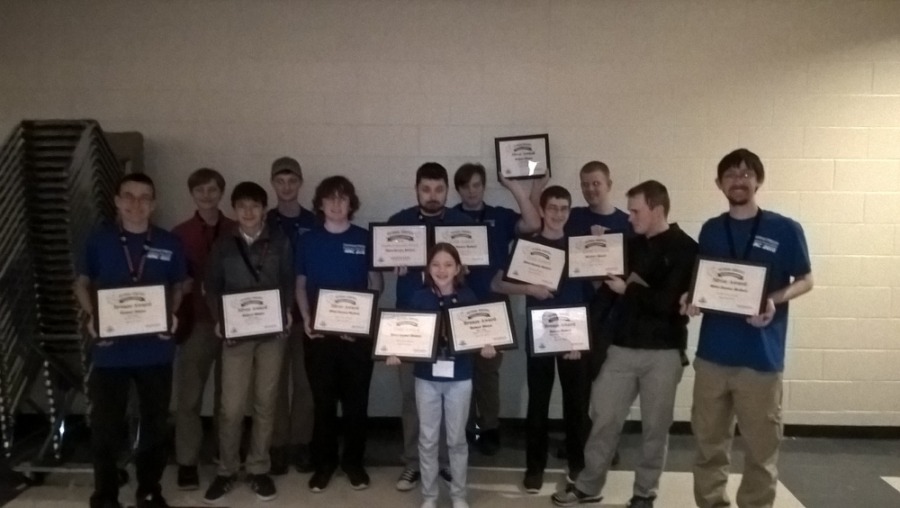 Since 1995, Indiana Tech has sponsored an Explorer Post devoted to engineering in general and robotics in particular. Advised by Physics professor Dr. Rex Joyner, Explorer Post 2829 annually attends the National Robotics Challenge. This year the Post expanded to include Middle School youth for the first time.

Overall, the Post took 19 young people to the NRC, and won four Gold awards, four Silver, three Bronze. Post 2829 received one of only twelve nominations for the top award, the Honda Innovation Award. In Non-Tactile Maze (running a maze without touching the walls), they swept Gold, Silver, and Bronze in the high school division, and every single maze bot from Post 2829 successfully made it through the maze. In the mini-sumo category (in which a 3-kg robot tries to push another out of a ring), they swept Gold in all three levels (Middle School, High school, and Post-Secondary).

The sixth grade through collegiate Explorers meet every other Wednesday in the physics labs at Indiana Tech.