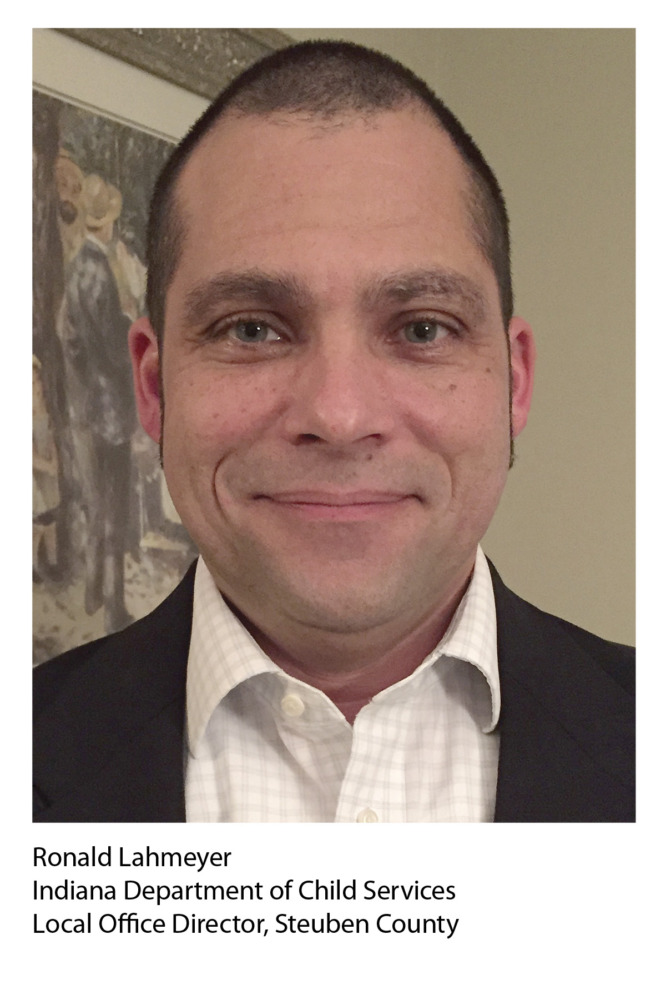 The Indiana Department of Child Services (DCS) has appointed Ron Lahmeyer the new office director for the Indiana DCS Steuben County office. In his new role, Lahmeyer will set goals and objectives for child welfare management, while helping to ensure children are protected from abuse or neglect. In addition, he’ll oversee a staff of 18 while also handling general office operations.

“Ron’s first-hand experience in the field and as a supervisor has given him the needed skills to lead his team,” said Jane Bisbee, DCS’ deputy director of Field Operations. “We are pleased to have him in this new role.”

Lahmeyer is a native Hoosier, born and raised in Ft. Wayne, Indiana.

In 2006, Lahmeyer began his DCS career as a Family Case Manager (FCM) working assessments in the Allen County office. In 2010, he was promoted to FCM Supervisor and was in that position in Allen County until his appointment to director.

He is a 1995 graduate of Indiana University where he received a Bachelor of Science degree in Criminal Justice.

The DCS Steuben County office is located at 1915 N. Wayne Street, Suite 2A in Angola, Indiana.