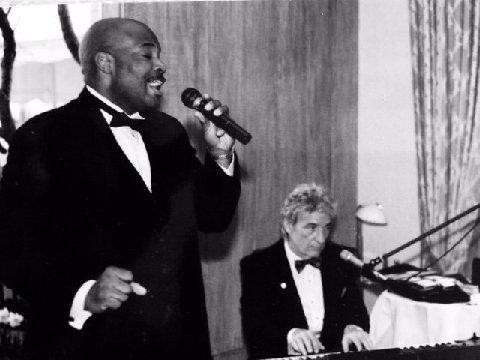 After pursuing solo careers for the past six years, Chris and Paul are back together again! Chris Worth and Paul Stewart, considered by many to be the finest duo to ever come out of Fort Wayne, will perform together for the first time since 2009 at Nick’s Martini & Wine Bar on Thursday, May 28, at 8 p.m.

The duo performed together from 1998 to 2009, and was known for delivering a variety of musical stylings that span the 50s to the 90s to the day’s contemporary sounds. Their harmony and well-synchronized act had not been experienced in the city before, or since, and, before long, the two were touring the country.

“We had 12 great years performing all over the nation,” says Stewart. “We played at some wonderful venues, including Donald Trump’s home.”

But after more than a decade together, the two split up to pursue their individual music careers. There was never a rift between the two, Worth said, “but going our separate ways seemed to be the right thing to do at the time.”

Earlier this year, however, Stewart stopped by the newly-renovated Nick’s Martini & Wine Bar, and heard that Worth was playing that evening. He decided to stay and, after discussing it briefly, the two agreed that Nick’s provided the perfect venue to reunite. Chris and Paul will maintain their solo careers, but after the May 28 reunion, the two will play together at Nick’s several additional dates throughout the year.