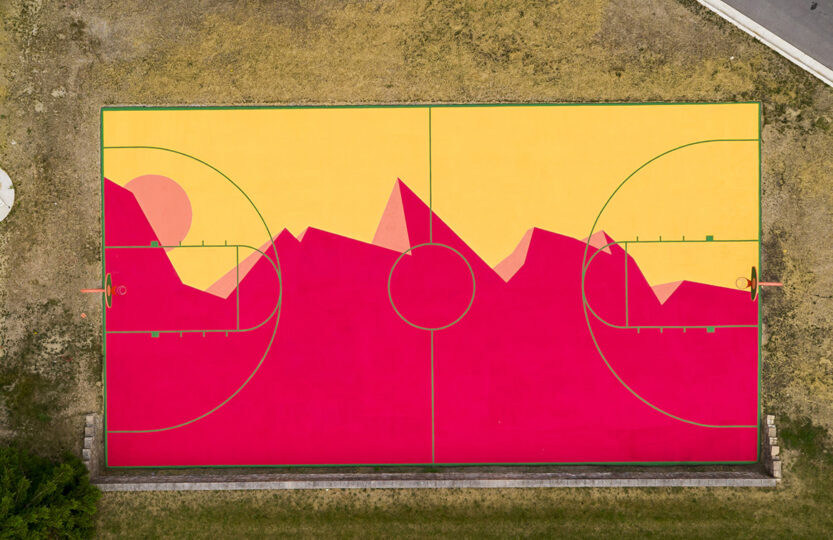 The park is named for Carl O’Neal, the longtime City transportation engineering director who oversaw years of flood fighting, including the great flood of 1982.

“Carl O’Neal is a legend with his leadership and dedication in the community. We’re glad to see the beautiful enhancement to the park in the form of this creative basketball court,” said Matthew Wirtz, Deputy Director of Engineering for City Utilities. “It’s fitting that the court sits in Carl’s park on the Morton Street Pump Station grounds, a facility that’s been instrumental, for nearly 100 years, in pumping large volumes of water away from the Northside Neighborhood to fight floods. We are proud to welcome the community to this beautiful new basketball court.”

Portee raised the funds for the mural project through Kickstarter—a funding platform for creative projects—and brought together a small team to do the work. Fort Wayne Parks and Recreation also installed new backboards and rims on the court.

“I’ve always been involved in the Fort Wayne art scene as a photographer, and I’m trying to see if I can expand and make a direct impact with art in Fort Wayne,” Andre said. “I had an idea to do a larger art installation in the city, found the right partners to make it happen, and we’re really excited to bring something new to Fort Wayne with this community art piece.” 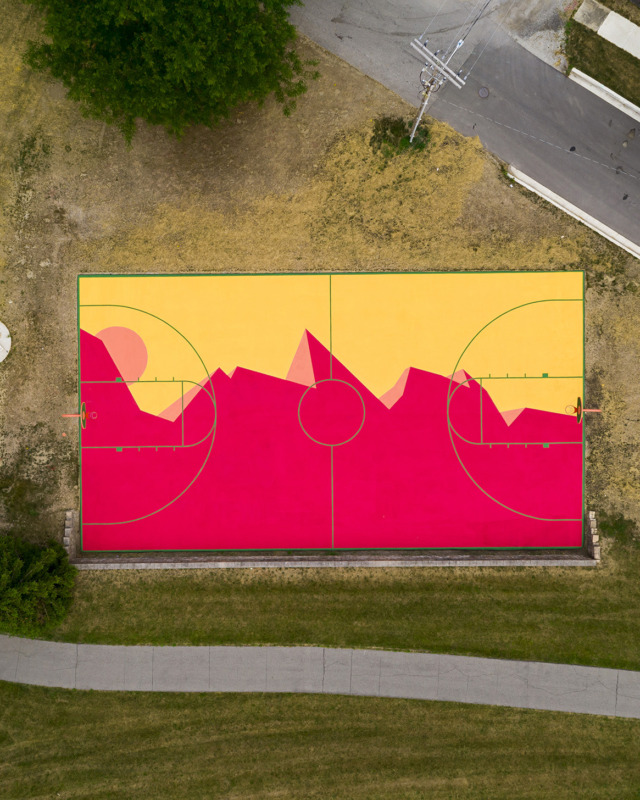