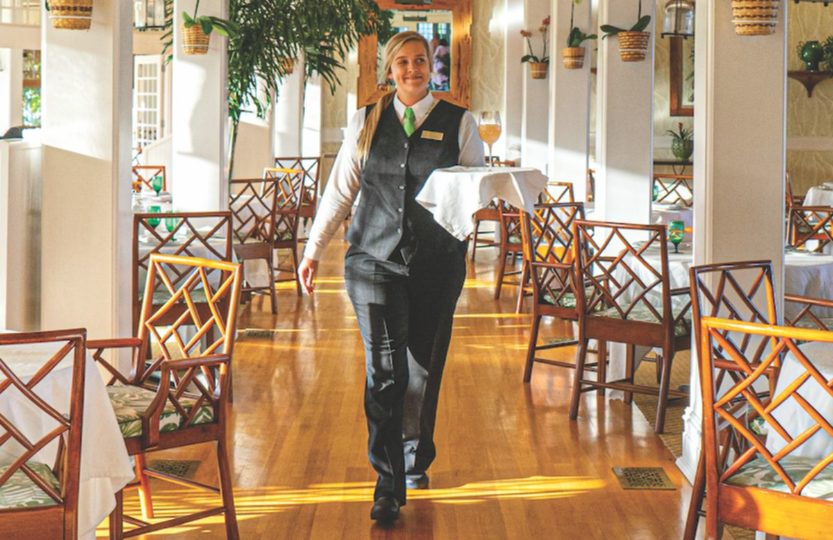 Halle Chambers-Muter loves making people happy and interacting with the public, both of which led her to study hospitality and tourism management at Purdue University Fort Wayne.

Austin Keesler was attending Purdue Fort Wayne and working as a shift manager at an area fast food restaurant when he realized he, too, wanted to make a career out of food and beverage management.

Both graduated with Bachelor of Science degrees in HTM in 2019. Today, they have new, full-time jobs as assistant managers at the Gasparilla Inn & Club in Florida, thanks, in part, to the semester each of them spent there as part of the department’s “Florida Program.”

Chambers-Muter spent the spring semester of 2018 as an HTM intern, working in the resort’s on-site restaurant, the Pink Elephant ( https://www.restaurantji.com/fl/boca-grande/pink-elephant-/ ). Keesler interned in the program a year later and rotated through the main dining room and the beach club, which are two of the main areas of the full-service resort.

The inn provides housing for out-of-state interns and employees, similar to college dorms. “With the dorms you’re with a roommate—in my case it was a student I had a few classes with prior—so it was nice knowing someone. Rent is deducted per paycheck, and it included utilities along with meals at the employee cafeteria,” said Keesler. “There is a community center relatively close to the housing where we went for our three face-to-face class lectures. We also went on industry visits at various hospitality-related businesses that we had to arrange as part of our Florida program requirement.”

“Gaining on-the-job experience, as well as taking specialized courses, was something I was thankful to have the chance to experience,” said Chambers-Muter. “The Gasparilla Inn and the island are so beautiful, and having the chance to live there is something I’ll never regret doing.”

Sue Clark has been working for Purdue Fort Wayne for 10 years as the director of the Florida work-study semester and as a continuing lecturer. She has worked in both undergraduate and graduate programs in the United States as well as Switzerland, the Netherlands, and the United Kingdom. She also has many years of experience in the global travel and tourism industry.

“I think that the unique selling point of this program is the combination of face-to-face teaching, work experience, and life experience. I honestly don’t know of anything else quite like it offered by other institutions,” noted Clark. “The inn is consistently regarded as being one of the very top luxury beach resorts in the U.S. Experience working at the top end of the hospitality industry is a passport to recognition of the student’s practical knowledge as well as to the value of this Purdue Fort Wayne degree,” she added.

In spring 2019, Chambers-Muter and Keesler, each one independent from the other, interviewed for one of the resort’s three graduate student manager-in-training positions, which according to Clark, are very rare in the hospitality industry. Both were hired for the next season. Those positions began in early fall 2019 and ended in June.

Like most businesses, the resort has been impacted by the COVID-19 pandemic. “The initial transition we had to adjust to was a limited capacity version of the property. Later that turned into take-out/carry-out service only, and finally, it shifted to the point where we had to shut down. However, the owners were very generous and continued to pay the employees,” said Keesler.

Chambers-Muter added, “We continued to work a few shifts a week while we were closed, doing cleaning and tidying jobs across the property. Once we opened to guests again we were very busy, and the inn was able to financially recover some from when we were closed.”

As spring began to turn into summer, and their manager-in-training positions were nearing an end, both were offered full-time positions.

Keesler was pretty excited to get the news. “The inn is such a great place to work, we get the chance to make people smile, we can be a part of special days like weddings and birthday parties,” he said, adding, “It’s just an overall good opportunity, and it will be cool to be able to watch over the future Purdue Fort Wayne interns when they come in every spring.”

Clark keeps in touch with many of the program’s alumni and said, “Some of them have returned to Fort Wayne to pursue their careers, others have stayed in Florida or traveled widely within the U.S. and internationally. What I have always noticed is how much the students grow in self-esteem and maturity as the semester progresses. For many it is their first time living away from home, and they leave with a sense of empowerment and achievement, while also valuing their home and family.”

For more information on the Florida program and other opportunities available in Hospitality and Tourism Management, go to the department’s website. 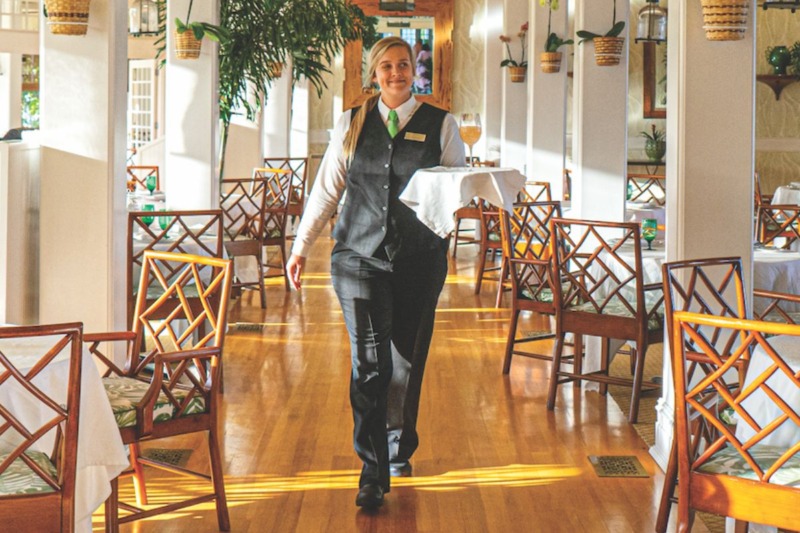