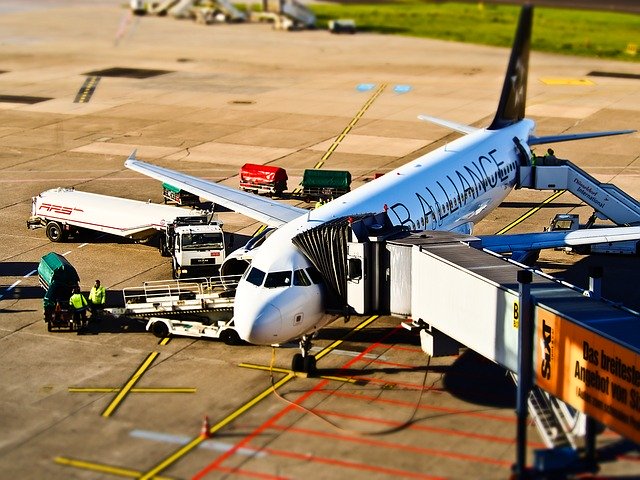 The Fort Wayne-Allen County Airport Authority (FWACAA) has awarded Michael Kinder & Sons (MKS), in partnership with Flintco, the role of Construction Manager for their West Terminal Expansion and Renovation Project. Earlier this year the Airport Authority announced plans to launch Project Gateway, a traveler-focused initiative comprised of several projects surrounding the terminal complex. Project Gateway includes; the airport terminal apron expansion and upgrades, the addition of rental car solar canopies, a sweeping parking lot expansion and lot upgrades, as well as the renovation and expansion of the West Terminal.

Following the unveiling of Project Gateway, a vision statement for the project was quickly established – “To enhance and expand our terminal building to support our region’s growth through a best-in-class airport terminal expansion and renovation.”

Scott Hinderman, Executive Director of Airports, stated, “We are excited to bring on a great partner, Michael Kinder & Sons, to our project team. There has been an impressive amount of work completed over the last couple years to advance the terminal expansion. MKS will be a key team player to deliver a best-in-class terminal to Northeast Indiana.”

FWACAA began the terminal planning process in 2017, beginning with the Terminal Area Concept Plan. In May of 2019 the Airport Authority hired Mead and Hunt Architecture to begin the design of the West Expansion. The total project cost is $47,344,039.

The Airport Authority initiated the search for a Construction Manager in February 2020 for the West Expansion portion of Project Gateway, resulting in a partnership with Michael Kinder & Sons (MKS) and Flintco to execute the addition and renovation at 3801 W. Ferguson Road in Fort Wayne, Indiana

Doug Kinder, MKS President and Preconstruction Manager, said, “The MKS team is very pleased to have been awarded a project that is so important to Fort Wayne. A first-class airport is essential to a thriving community and these changes will definitely take FWA to the next level.”

“Flintco is honored to partner with the construction professionals at MKS. I’ll say that as a native of Fort Wayne, I could not be more proud to be part of Fort Wayne-Allen County Airport Authority’s project team to expand and modernize FWA. Of my career in aviation construction, this one certainly feels the best,” said Flintco Vice President and Aviation Market Lead, Chris Johnson.

The West Terminal Expansion and Renovation project is currently in Phase 3 of a five-stage design process. The expansion and renovation will be comprised of an expanded ticketing area, new baggage handling system, additional jet bridges, new holding rooms, expanded/renovated mechanical systems and a modernized interior of the west side of the terminal and front façade.

Construction on the West Terminal Expansion is set to start in the Spring of 2021, with an estimated completion date in Spring of 2023.