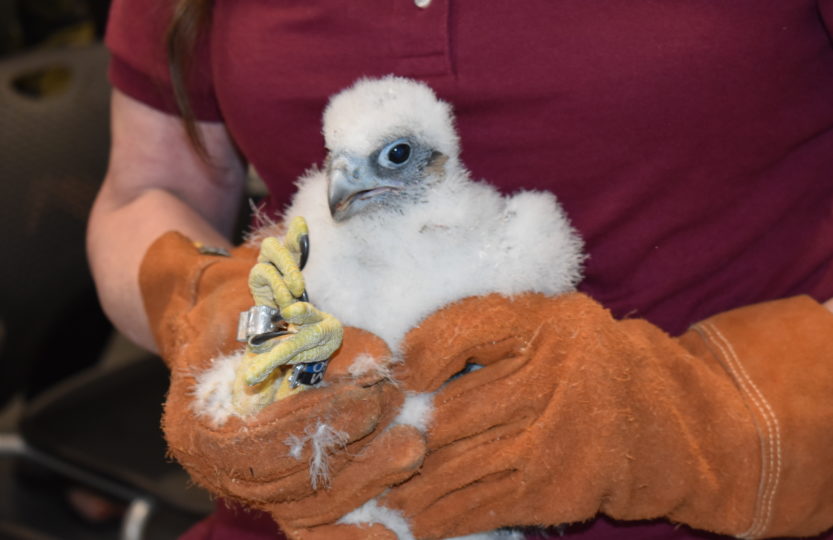 For the eighth consecutive year, falcon father Jamie and mother Moxie squawked loudly and angrily Monday as their baby chicks that hatched atop Indiana Michigan Power Center (IMPC) were briefly removed from their nest to receive identification bands.

The three male chicks were named Bolt, Unity and Artemis, and the one female was named Carla.

Due to the COVID-19 pandemic and physical distancing standards, I&M was unable to invite student groups to IMPC to watch the banding, hear an education presentation from Soarin’ Hawk Raptor Rescue and name the chicks as in prior years. But the I&M team didn’t let this exciting time escape us. We used the opportunity to invite I&M employees to select the names – and they submitted more than 650 names for consideration.

There is special importance to each of these names: Bolt is symbolic of the energy industry; Unity is a symbol of our society coming together during these uncertain times; Artemis is a follower of the goddess of wild animals; and Carla is in recognition of one of I&M’s respected leaders, who is retiring this summer after more than 30 years with the company.

Wildlife biologist John Castrale banded the four chicks, bringing to 63 the number of chicks hatched and banded atop IMPC beginning in 1996. He was assisted by Brad Bumgardner of the Indiana Audubon Society. The banding requires removing the chicks from their nest for a brief time – an unexpected absence for the parents, who express their displeasure quite loudly until the chicks are returned.

The numbered bands offer biologists the ability to track the movements of Midwestern peregrine falcons, which after maturity settle up to 200 miles from where they were raised.

Moxie, Jamie and the chicks can be seen on their nest high above Fort Wayne on the Falcon Cam at www.IndianaMichiganPower.com/FalconCam 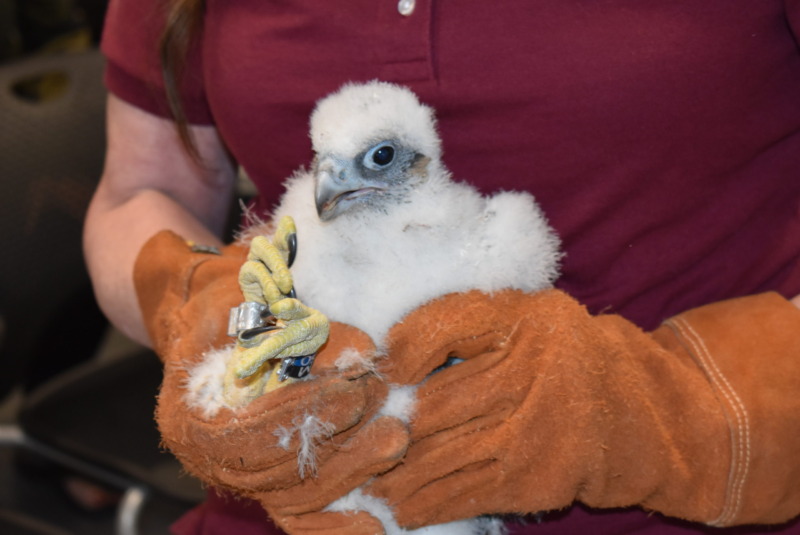