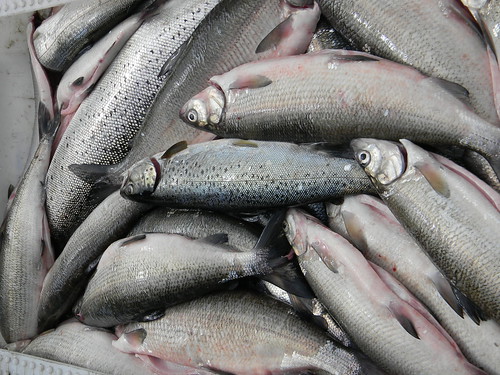 As water bodies warm and receive more hours of sunlight, Hoosiers may begin to notice more dead fish floating on them. This is a natural occurrence.

Warmer water temperatures are triggering spawning activity for many of Indiana’s native fish species. The timing and length of spawning periods varies between species and also among fish of different sizes within a species. These activities require a lot of energy and can weaken fish, leaving them susceptible to secondary infections from diseases or parasites that can lead to their demise. Spawning activities can last for weeks, and large numbers of fish can die during that time; however, these events are rarely substantial enough to have a lasting effect on the species’ population.

Any die-off is typically a single-species event, because each species spawns during a different time period, although some overlap can occur. Natural die-offs can even benefit some populations of species. For example, a die-off event can reduce populations that have reached unsustainable numbers. Normally, older and weaker fish of a single species are the ones affected.

Other natural causes of death in fish include injuries or old age, lack of food, lack of dissolved oxygen in the water, parasites or diseases, abrupt or extreme temperature changes, severe weather, and predation. Coming out of winter, many in Indiana have seen “winter kills” and gizzard shad die-offs.

For other fish kill information, see Purdue Extension’s “What? Killed the Fish” at extension.purdue.edu.