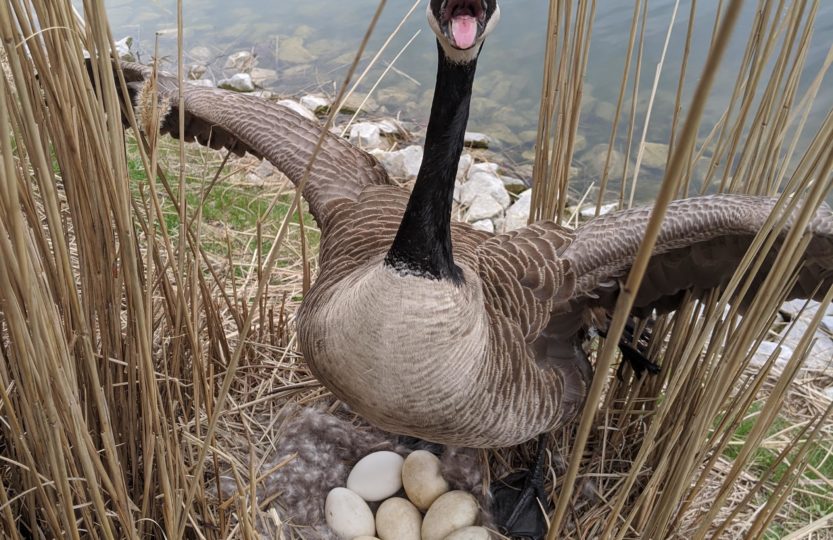 Weighing in at 20 pounds and with a wingspan of nearly 5 feet, the Canada goose can turn aggressive in a heartbeat when it feels its nesting area is threatened. But a Ball State University research team is witnessing a much calmer bird in 2020 due to COVID-19 pandemic.

As a result of fewer humans walking, running, or mingling near nesting sites in and around Indianapolis, researchers have seen fewer goose attacks.

“I think the geese like the lack of human interactions,” said David Shearer, who is leading a Ball State student research team studying the birds’ migration and nesting habits. “In terms of our research, our geese are pretty accustomed to people but also seem to be ‘enjoying’ their time alone during the stay-at-home order.”

Shearer is part of a joint project between Ball State and Franklin College funded through a grant by the Indiana Department of Natural Resources (IDNR). Research teams are collecting data that should assist wildlife officials in Indiana and the nation on better understanding how they manage these populations in both rural and urban areas.

In 2019, the “big honkers,” as they are commonly called, would routinely chase off any person or animal they felt were intruding on their nesting grounds

Shearer, who is originally from Erie, Pennsylvania, explained that a female Canada goose stays in the nest with the eggs during the incubation period, and it is the gander’s job to protect them. The male stays nearby and stands guard. If a potential predator gets too close, the male will often give a warning call and try to chase it away. If the intruder does not leave quickly, the gander can become aggressive.

Shearer also noticed that with the stay-at-home mandates, geese and most all wildlife seem to be reintroducing themselves to less noisy areas.

“I’ve read reports of mesopredators like raccoons and red foxes becoming more common sightings in urban areas,” he said “If anything, this time has shown we can certainly limit our outings and disturbances to the environment and wildlife.”

Shearer, who is studying biology and environmental sciences, hopes to the project contributes to his skill set for a future career in wildlife management. Over the last two years, he and other students have been tagging geese at various ponds in the community.

“We expect that this project will help us understand much more about the dynamics of urban goose populations,” said Tim Carter, a Ball State biology professor and Shearer’s academic mentor. “While we are all aware of obvious issues with urban geese, we need to understand how these geese move and reproduce.”

Since March 16, the teams have been conducting intensive nest searches and population surveys at sites around Indianapolis They are deploying geolocation units on 100 breeding females to track their movement and analyze their spatial ecology. Teams will be in the Indianapolis area for about another month.

“We are maintaining our distance with each other, and I am having my crew drive separately to keep with social distancing guidelines,” Shearer said. “We are also limiting our interactions with homeowners and property managers, sticking mainly to electronic communication.”

“We are lucky to have David because he brings a level of excellence to the project,” he said.

“Not only is he outstanding working with the animals, but he is a super nice guy and great to work with.” 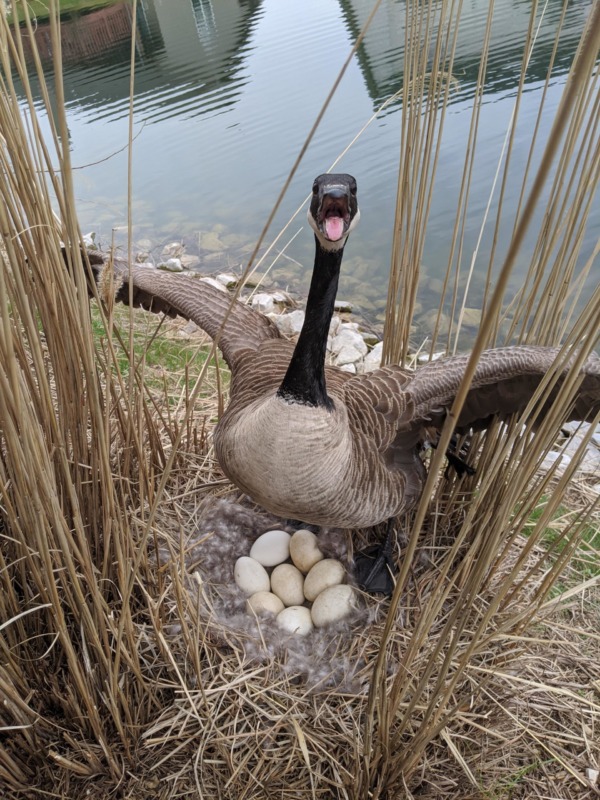