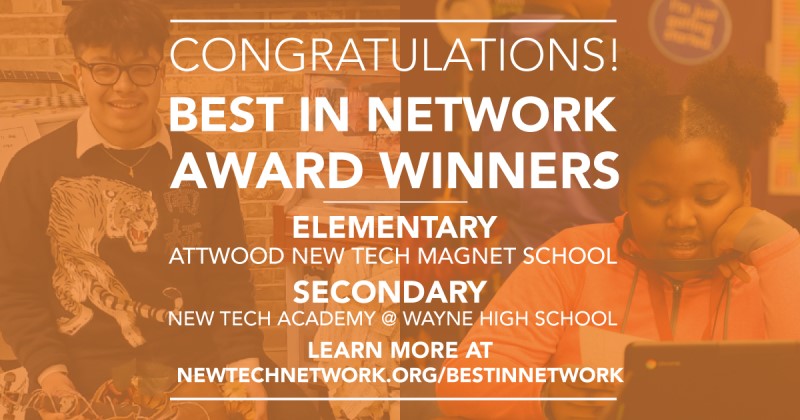 Each year, the New Tech Network issues the Best in Network Award to recognize projects across the network that create rich learning experiences for students and that can challenge and inspire other schools in the network. Winning projects exemplify the goal of successfully combining active exploration, application, authenticity and academic rigor.

The Instruments of Hope project was completed during the 2018-19 school year to connect the playing of musical instruments and the survival or death of Jewish musicians during the Nazis’ persecutions (Holocaust era) with the impact of music on an individual’s life (including ourselves). New Tech Academy partnered with The Jewish Federation of Fort Wayne, the Fort Wayne Philharmonic, and “Violins of Hope” author Dr. James Grymes. Students researched the lives of Jews during the Nazi reign and created and displayed art pieces expressing the effect of music on the lives of those affected by the Holocaust. The art pieces were created using community-donated musical instruments. Students also created a documentary showcasing the project and developed an understanding of how musical abilities saved many targeted groups from certain death and persecution. Students also connected the idea of music as a saving force with how music affects our current world.