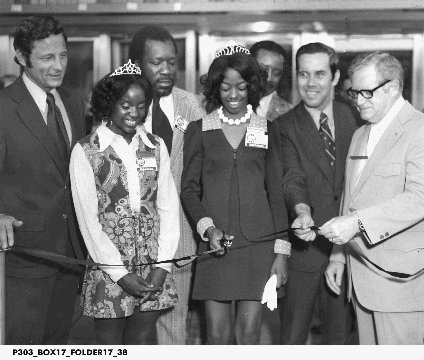 A life-long Indianapolis resident, Cummings was a celebrated civic and political leader who helped shape Indiana’s cultural life, economic development and political landscape and played a prominent role on the national political stage. Cummings is best known as founder of Indiana Black Expo, an annual week-long celebration of African American history and culture that attracts national celebrities and thousands of visitors to the state and generates millions of dollars in convention and tourism revenue.

Born on the west side of Indianapolis on Fayette Street on September 22, 1929, Cummings rose from humble beginnings to earn a Bachelor of Arts degree in Business from Indiana Central University and forged a career that included various leadership roles with the Indiana Republican Party. During the late 1970s, he founded the National Black Republican Council and served as its director at the Republican National Committee, overseeing operations in 20 states and playing a pivotal role in the election of President Ronald Reagan. He, along with other members of the Council, consulted with Mr. Reagan on the President’s Cabinet picks as well as other matters of political strategy and government policy. In 1985, Cummings was appointed Deputy Assistant Secretary for the U.S. Department of Housing and Urban Development.

It was, however, Cummings’ driving vision to showcase Indiana’s African American history and accomplishments through a major educational and entertainment exposition that became his abiding passion. A thriving Indiana Black Expo stands today as a testament to Cummings’ uncompromising determination. Leading a close team of community leaders, Cummings inaugurated a groundbreaking event held at the Indiana State Fairgrounds in 1971, guided it through its infancy and developed it into one of the state’s major, annual Indiana Convention Center attractions.

Cummings was a trailblazer throughout his adult life, ensuring that African American perspectives were heard at the highest echelons of national influence. Among other distinctions, he had the privilege of meeting and being photographed with every Republican President from Dwight D. Eisenhower to President George W. Bush, who was the keynote speaker at a 2005 Indiana Black Expo Corporate Luncheon in honor of Cummings’ dynamic vision and service.

Indeed, a commitment to service was the hallmark of Cummings’ life. As a young man, he distinguished himself in the military as a sergeant during the Korean War and was active with the local VFW for several decades. Cummings also put his stamp on Indianapolis through his business, Cummings Real Estate, which specialized in buying and selling residential and commercial properties throughout the city.

Cummings’ love of Indianapolis also shone in his near encyclopedic knowledge of the city’s history, particularly the historic growth and development of local African American communities. It was at his very first job – as a teenager – reporting and taking photos for the Indianapolis Recorder, that Cummings first delighted in writing stories reflecting local African American life and honing his writing and photography skills. These were enduring talents of Cummings, who through the years routinely penned eloquent speeches and op-eds, while excelling as a photographer. One of his photographs, which captured fireworks bursting over the Washington Memorial, was sold as an official commemorative photo for the Bicentennial of the U.S. Constitution in 1987.

Services are pending. Donations may be sent to Indiana Black Expo, 601 N. Shortridge Road, Indianapolis, IN 46219.