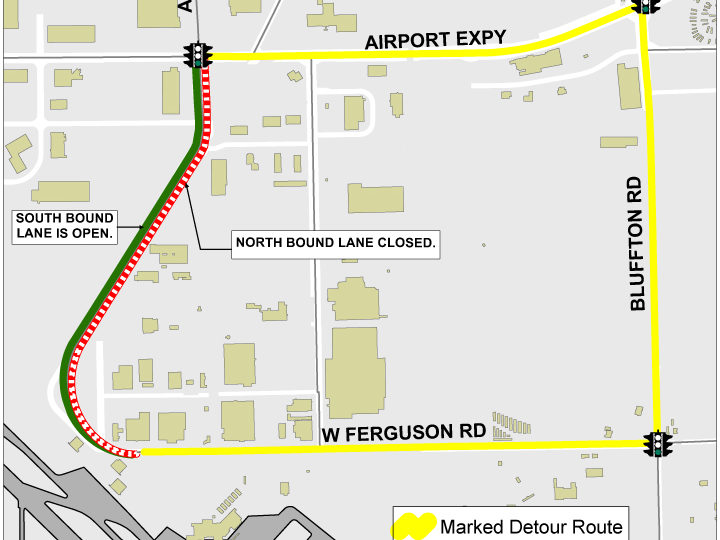 The northbound lane on Ardmore Avenue from Fort Wayne International to Airport Expressway will close Wednesday, April 22, through July as crews work on the completion of road and new trail construction between 2nd Street and Airport Expressway. This road will only be open to southbound traffic. A detour for northbound traffic includes Ferguson to Bluffton Road. (See attached map)

The Ardmore improvement project is nearly one mile in length and includes a center turn lane, and new storm sewers, curbs, gutters, ADA ramps, street lighting, landscaping, and a trail along the east side of Ardmore. The area will have a gateway welcoming feature with new wayfinding signs and a 25-foot gateway marker on the southeast corner of Ardmore and Airport Expressway.

The $3.7 million investment comes from Tax Increment Financing funds, generated through the Baer Field TIF District. These dollars do not come from the City’s general fund, used for neighborhood projects. 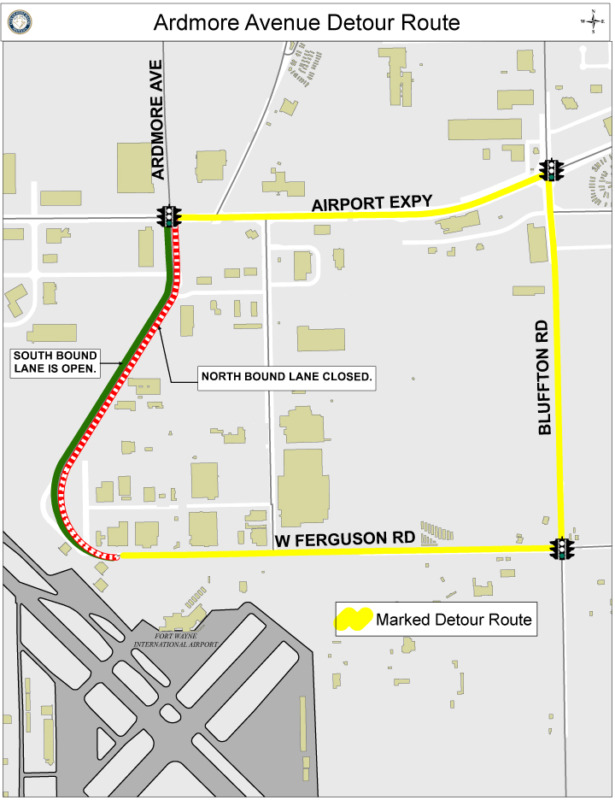