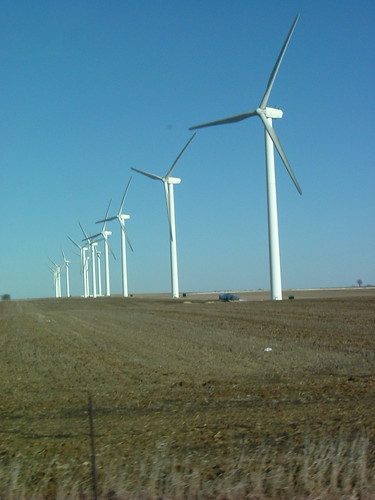 Steve Eberly, whose family operates a cow and calf farming enterprise in Pine Village, Indiana, now serves as the organization’s Executive Director and has spent much of his career working on renewable energy issues. For more than 30 years, Eberly has served western Indiana citizens, with three terms as a County Commissioner in Warren County, Director of the Warren County Office of Economic Development, and as a member of the Indiana Land Resources Council.

“Hoosiers for Renewables is focused on helping our state embrace a more diverse energy portfolio. Communities with wind and solar renewable energy projects are already seeing substantial benefits, including enhanced revenue that can be used for schools, roads, and emergency services. Hoosiers for Renewables is focused on highlighting the positive benefits of renewable energy economic development that greatly benefits local communities and property owners alike,” Eberly said.

Connie Neininger is named Assistant Director of Hoosiers for Renewables. Previously, Neininger held economic development roles in Cass and White counties where she led the process to orient both landowners and the public-at-large regarding the tremendous economic opportunity from wind energy projects. Most recently, Neininger worked on economic development and international trade with the Indiana State Department of Agriculture.

“I see a tremendous opportunity for counties, cities, and towns as they embrace renewable energy. Companies that are building significant renewable energy facilities are helping those communities by delivering more tax revenue that is helping to improve roads, enhance broadband service, promote economic development, and provide support for area schools,” Neininger said.

Indiana ranks 12th in the United States by number of wind turbines and 23rd nationally in solar energy deployments, although the state received a failing grade from the Institute for Local Self-Reliance on its 2019 Community Power Scorecard that looks at aspects such as energy policies and community or shared renewable programs. Indiana also currently trails other midwestern states in renewable energy deployments.

“Certainly there is room for improvement in Indiana, and Hoosiers for Renewables will be doing our part to encourage and promote renewable energy projects throughout the state,” Eberly said.