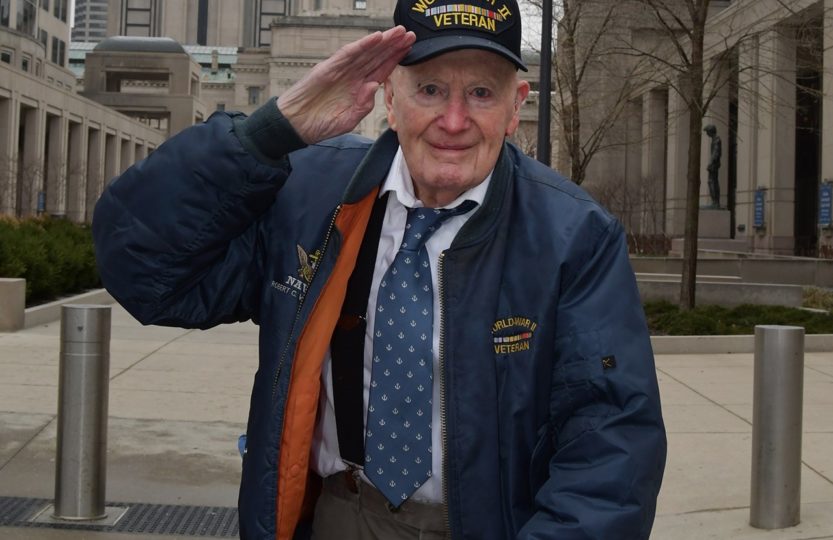 Chief surveyor Bob Vollmer, age 102, left the Indiana Government Center South as an employee for the last time this morning.

He worked for the Department of Natural Resources 57 years, mostly in the field or out of his home office in Brown County.

Vollmer exited the building after a two-hour reception with fellow employees. Yesterday, he completed his last day of working in the field, surveying in Clinton, in Vermillion County.

Tomorrow evening, the DNR will honor Vollmer with an invitation-only retirement dinner party. On Tuesday, he had pie and coffee with Gov. Eric Holcomb and DNR director Cameron Clark at Abe Martin Lodge at Brown County State Park.

Vollmer, who started with the agency as project engineer at Glendale Fish & Wildlife Area in 1963, is older than the DNR itself—the agency turned 100 last year.

“From his service to the country in World War II to his service to the people of Indiana, Bob exemplifies what it means to serve,” Clark said. “He will take with him decades of knowledge that will be nearly impossible to replace.

“We will also be losing his 100 years of stories. He will be missed greatly, and we wish him a long and enjoyable retirement.”

Many of his stories involve being part of three combat operations in the South Pacific. Returning there is part of his extensive retirement plans.

Vollmer, whose mother, Anna Francis Vollmer, lived to 108, says he believes in working, but his body told him it was time to go.

He attributes his success to the help he’s received along the way.

“I’ve been lucky all my life,” he said. “I got a lot of people to thank—I can’t remember them all. If I can continue with the luck I’ve been having, I’ll have a real good retirement.”

Which, to him, means staying active.

“I don’t have a reverse gear in my transmission,” he said. “You don’t want to quit — when you quit, you’re confined to the rocking chair, and that’s where you die. 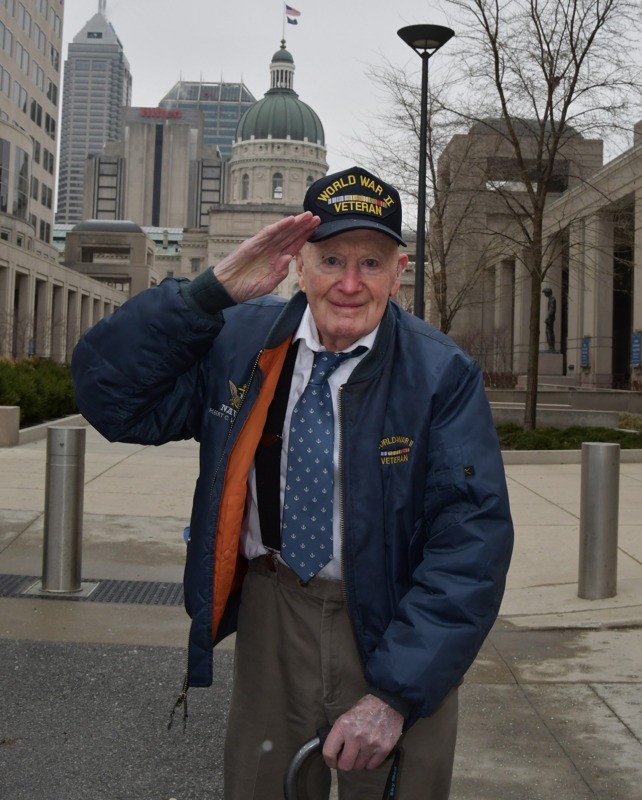