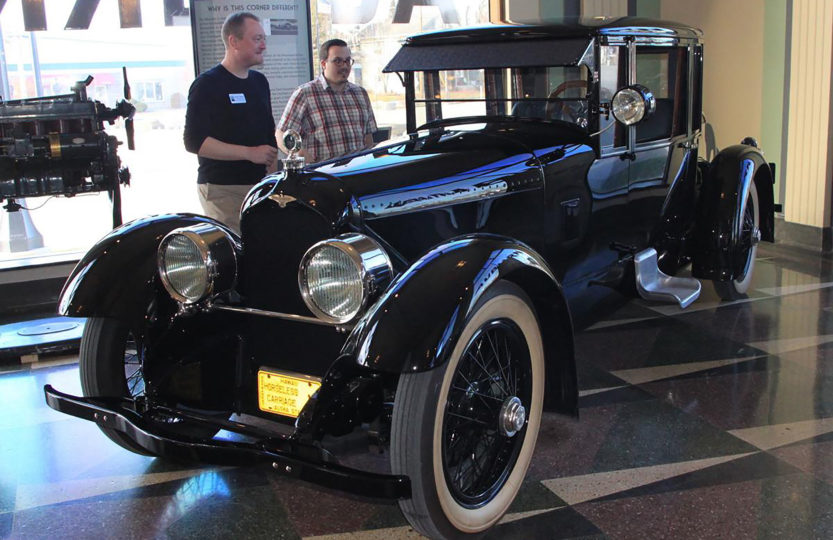 Donated by CyrAnn and James C. Castle, Jr. of California, the 1921 Duesenberg Model A Coupe features a body built by the Bender Body Company of Cleveland, Ohio and was produced to the order of the car’s original owner, Samuel Northrup Castle, including space for his seven-foot-tall stature. Mr. Castle was from a family of Hawaiian missionaries and was a founder of Castle & Cooke Co., a Hawaiian sugar cooperative, when he ordered the car and received it in 1921 due to delayed production. It was the first production Model A to be built after the prototypes were completed and tested and the first one to be sold to the public.

The Castle Duesenberg would remain in his possession until his death in 1959 when ownership was transferred to his nephew, James Christian Castle, and was transported to San Francisco and placed into storage. Upon his death in 1994, ownership then transferred to his son, James C. Castle, Jr. and his wife CyrAnn. The 1921 Duesenberg Model A Coupe has remained in the Castle family until the decision was made to entrust the Auburn Cord Duesenberg Automobile Museum with the care and preservation of the vehicle and to be its future steward.

“This gift to the museum is one of the most significant donations to the collection in the 45-year history of the museum,” states Brandon J. Anderson, Executive Director & CEO of the Auburn Cord Duesenberg Automobile Museum. “The Castle’s generosity will allow for future generations to appreciate the history of Duesenberg, automotive design and engineering, the evolution of the automobile, and the legacy of the Castle family in perpetuity.”

This Duesenberg Model A was the first in American passenger vehicles to be equipped with four-wheel hydraulic brakes and an overhead-cam in-line straight-eight engine producing a top speed well over 100mph. In 2010, the Castles commissioned a 10,000-hour, three-year restoration to bring the vehicle back to its original appearance and specifications. In 2013, the Castle Duesenberg would go on to win the Classic Cars of America Trophy at the Pebble Beach Concours d’Elegance, Best of Show at the Niello Concours at Serrano, and the Automotive Heritage Award at the Amelia Island Concours d’Elegance.

CyrAnn and Chris Castle commented, “Chris and I just want to say we are so glad she is where she is for the whole world to see the ‘Lady from Hawaii.’”

Sam Grate, Curator of the museum, states, “This 1921 Duesenberg Model A with its single-family history and unique, one-off body style is an important donation to the museum and its story will be celebrated with all visitors.”

Gordon McCall, friend of the Castle family says, “I am grateful for my long-term friendship with the Castle family, and am honored to have helped facilitate this most important gift to the Auburn Cord Duesenberg Automobile Museum. It was critical to the Castle family that their cherished 100-year family heirloom be cared for throughout the next 100 plus years, and the ACD Museum is the perfect place to do so. An amazing homecoming for an important motorcar to be enjoyed by generations to come, all made possible by the generosity of the Castle family.”

Museum member and ACD Club Model A Duesenberg technician, Eric Killorin of Middlebury, Vermont states, “That the Castle Family chose the ACD Museum to preserve and display their Duesenberg is a message to all owners of significant classic cars. Museums can provide an enduring succession plan that respects the donating party’s passion and devotion to their cherished family vehicle. I was privileged to have participated in the judging team at the 2013 Pebble Beach where the “Castle Coupe” won the hearts and minds of marque enthusiasts the world over. Also, to team up once again with Brandon J. Anderson of the ACD Museum for the second Model A donation of the year; to collaborate with Gordon McCall, without whose expert advice to the Castle Family this donation would not have been possible; and with Reliable Transportation for their generous assistance. James and CyrAnn Castle: We thank you!”

The 1921 Duesenberg Model A will be on permanent display at the Auburn Cord Duesenberg Automobile Museum and available for public view after it makes its new ownership debut on February 9th at the Boca Raton Concours d’Elegance celebrating the Marque of the Year in honor of the 100th Anniversary of the Straight-Eight Model A Duesenberg. The museum will also showcase its 1927 Duesenberg Model X Speedster and 1926 Duesenberg Model A Chassis at Boca Raton.

In addition to the Castle family, the museum wishes to thank both Gordon McCall of Monterey, CA and Eric Killorin of Middlebury, Vermont for their time and dedication serving as ambassadors for the museum’s collection. Appreciation is also expressed to Reliable Carriers, Inc., for their service as the transportation sponsor.

For more information about the automobile, its 100-year long journey, or upcoming exhibits, please visit us online at www.automobilemuseum.org, or on Facebook at ACDAM1974. 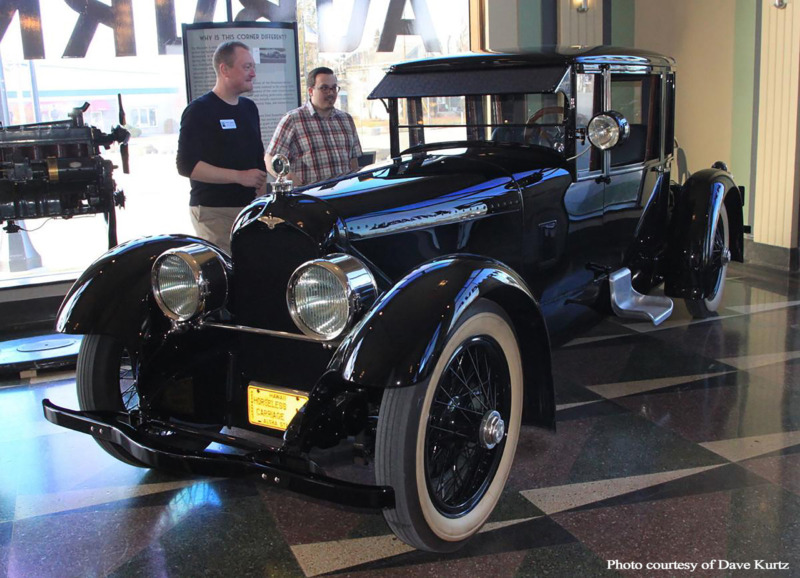