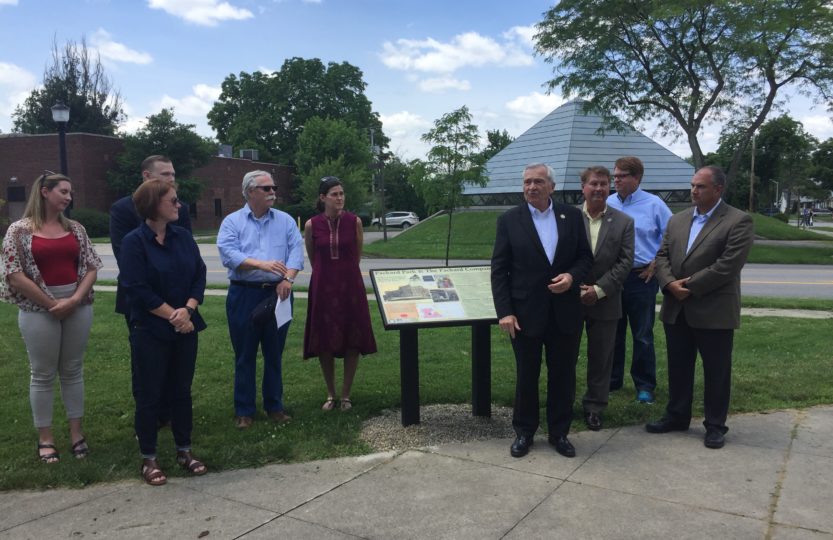 The Fort Wayne Organ Company, later the Packard Piano Company, was founded by Isaac T. Packard and produced pump organs and pianos from 1871 to 1930 in the 3300 block of Fairfield Avenue. The company was a key to the early development of the area known as “South Wayne” and many employees lived in the blocks surrounding the factory. It closed in 1930, an early victim of the Great Depression.

“The Packard Company is a critical part of our neighborhoods’ history,” said Arline Nation, president of the Packard Area Planning Alliance, a group of twelve neighborhood associations that work together on community projects. “We are proud to commemorate the company and ensure that generations to come have an appreciation for the story of the company, as well as the park we have today.”

The marker is located in the northwest corner of Packard Park, which opened in 1937 where the piano company once stood. In the years after World War II, the park hosted games by the Fort Wayne Daisies of the All-American Girls Professional Baseball League. 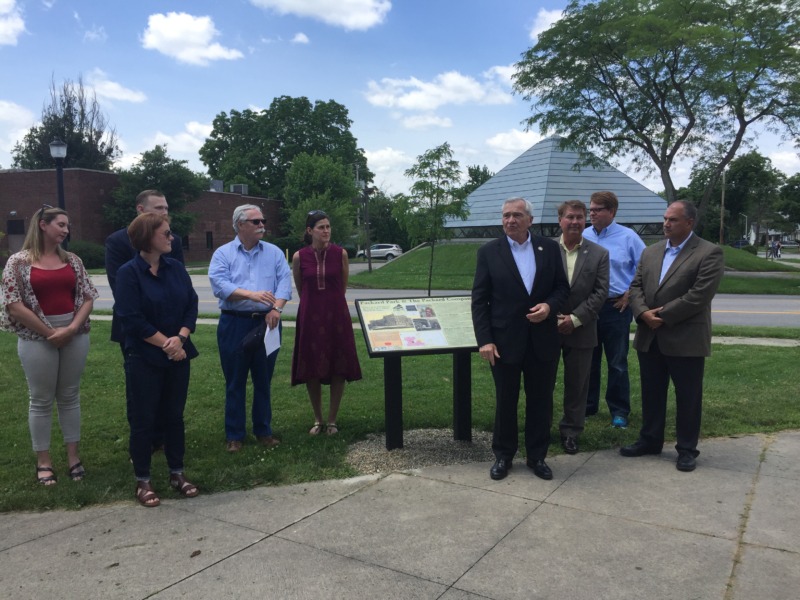