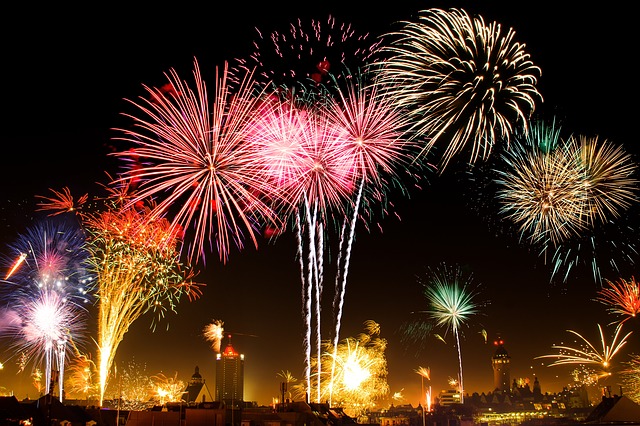 The City of Fort Wayne today announced the Indiana Michigan Power Center in downtown Fort Wayne will again be the location for this year’s Fourth of July fireworks show on Thursday, July 4.

The Fort Wayne TinCaps, Parkview Health and the City of Fort Wayne will serve as financial sponsors for the fireworks display.

The City of Fort Wayne is appreciative that the TinCaps have been proud partners with the community for the fifth year now as financial sponsors and Parkview Health is a sponsor for a second year.

The TinCaps will be hosting a baseball game that evening beginning at 6:05 p.m. Individuals with tickets to that evening’s game will be able to enjoy the fireworks from their seats at the ballpark.

The fireworks show is scheduled to begin at 10 p.m. If the TinCaps game is not completed by 10 p.m., the fireworks will begin immediately following the conclusion of the game.

The City of Fort Wayne would like to thank NAI Hanning & Bean and Indiana Michigan Power for partnering with the City on the use of the Indiana Michigan Power Center building. The City would also like to recognize Three Rivers Festival officials for allowing a fireworks display in downtown so close to the Three Rivers Festival fireworks show in mid-July.