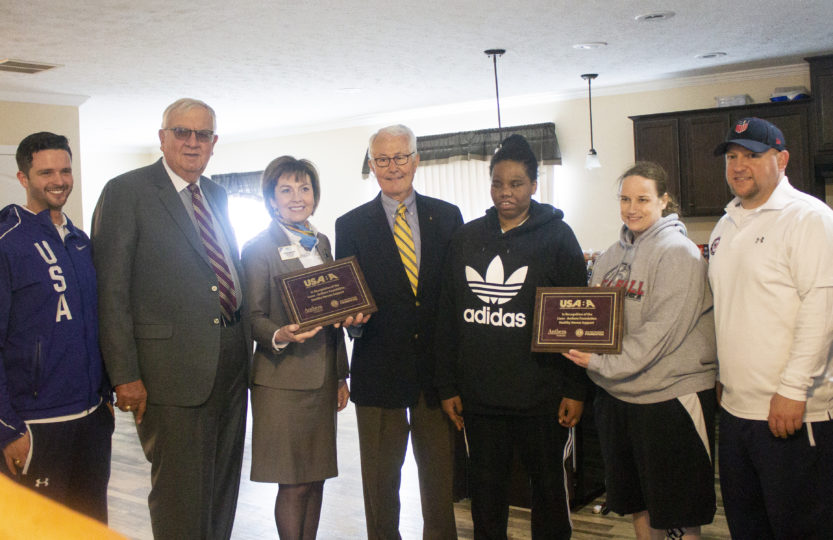 U.S. The Turnstone Center and members of the U.S. Men’s and Women’s Goalball Teams welcomed Lions Club International President Gudrun Yngvadottir of Iceland to the Fort Wayne facility on Friday. Representatives were in Fort Wayne for the 2019 Indiana State Lions Convention and joined Past Lions Club International President Wayne Madden and Past Director Dave Fiandt for a tour of Turnstone.

Lions Club International and Indiana Lions have been instrumental in the establishment and development of the Goalball Center of Excellence at Turnstone. In 2015, Turnstone entered into an agreement with the United States Association of Blind Athletes, the Paralympic sport’s national governing body for goalball, to establish the first-ever long-term U.S. goalball resident program for elite athletes training full-time in Fort Wayne. The Lions Club International Foundation previously contributed $100,000 and Lions of District 25B and Lions of Indiana, $16,653, to the resident houses that would make this program a reality.

“It was an honor to host President Gudrun and the Lions Club International members,” said Mike Mushett, CEO of Turnstone. “Turnstone is proud to partner with the United States Association of Blind Athletes and the Lions Club to create possibilities for goalball athletes and other athletes with visual impairments worldwide.”

The group met with Mushett, U.S. Association of Blind Athletes Board President Dr. Michael Bina and Turnstone representatives for a tour of the Plassman Athletic Center and continued to the Goalball Center of Excellence. There they were greeted by coaches and members of the U.S. goalball teams, including several Paralympic medalists, who conducted a demonstration of the sport and fielded questions from the visitors.

“Seeing this sport for the first time, I was amazed at the strength and determination of the athletes,” said Lions Club International President Gudrun Yngvadottir. “I am proud of the support Lions Clubs have provided to support the quality of life for people with visual impairments and I encourage Lions Clubs all over the country to continue their support of this program and others like it.”

Lions were also invited to visit the resident homes – which they made a reality with their financial support. U.S. Women’s Goalball Team athletes and coaches gave the tour. When the first home was finished, selected male athletes from across the country moved to Fort Wayne in October 2015. Upon completion of the second resident home, selected female athletes moved to Fort Wayne and began training at the Goalball Center of Excellence in January 2018. 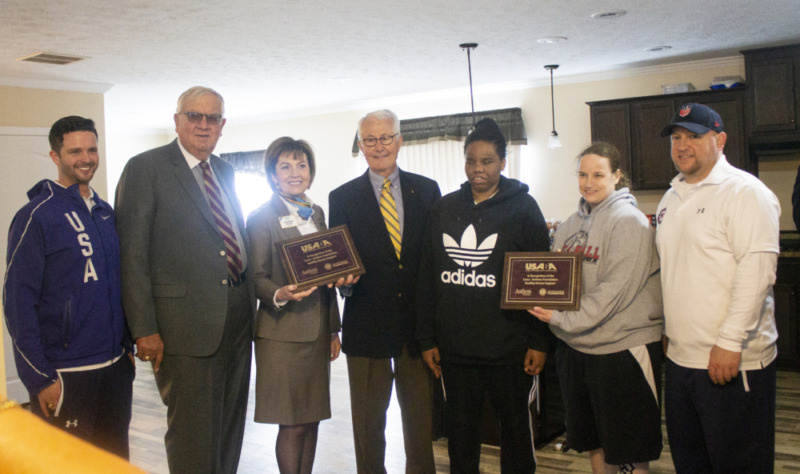