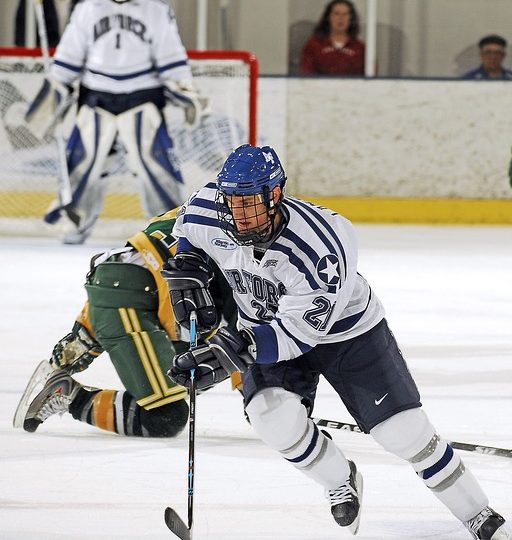 Fort Wayne Komets General Manager David Franke announced Tuesday that the Komets have entered into a one-year affiliation agreement with the Vegas Golden Knights of the NHL for 2018-19. The Komets will be the official ECHL affiliate of the Golden Knights. The Chicago Wolves will continue to serve as the Knights’ American Hockey League affiliate.

"Today is an exciting day in Komet land," Fort Wayne Komets General Manager David Franke said. "The affiliation with the Vegas Golden Knights and the Chicago Wolves is now official. We hope that this is mutually beneficial for all three franchises. A big thank you to Andrew Lugerner of the Knights and Wendell Young, general manager of the Wolves. They both made this agreement possible. Also, I’d like to thank Gerrard Gallant for his positive recommendation. This is a great opportunity for our players to get a call-up to the Wolves during the course of the 2018-19 season."

The Golden Knights brought National Hockey League action to Las Vegas last season and is a member of the Pacific Division of the Western Conference. The Knights play their home games at the T-Mobile Arena on the world famous Las Vegas Strip. Their head coach is former Komets assistant coach Gerard Gallant who helped lead the Golden Knights to one of the most successful debut seasons for an expansion team in North American major professional sports history.

“We are proud to add the ECHL’s Fort Wayne Komets as an affiliate,” said Vegas Golden Knights General Manager George McPhee. “ECHL clubs play an important role in player development. Our young players and prospects will have the opportunity to grow and improve in both Fort Wayne at the ECHL level and then in Chicago at the American Hockey League level.”

The Wolves are celebrating their 25th anniversary throughout the 2018-19 season. The Wolves have won four league championships, six conference crowns and nine division titles since the franchise was founded in 1994. The Wolves, who enter the second year of their partnership with the Vegas Golden Knights, are led by general manager Wendell Young and head coach Rocky Thompson and have captured the last two AHL Central Division titles.

The Komets’ 2018-19 season home opener is slated for Saturday, Oct. 20 against the Kalamazoo Wings. Season tickets are on sale at the Komet office at 1010 Memorial Way in Fort Wayne. For more information visit the Komet office, Komets.com or call 260-483-0011.