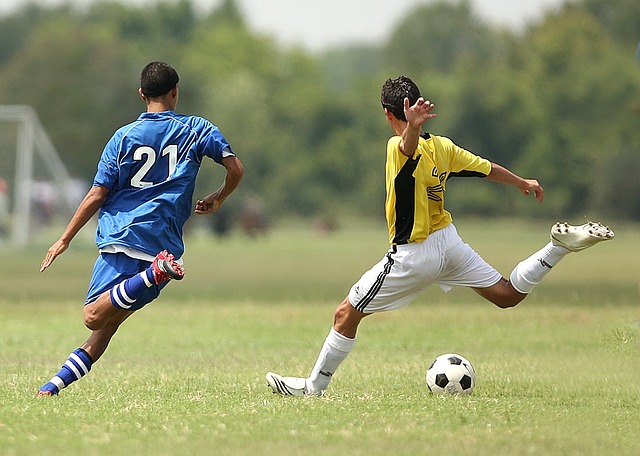 DaMarcus grew up playing soccer with the Fort Wayne United Soccer Club and South Side High School, and has since reached international heights playing professional soccer in six countries over 20 years. He believes that kids of all ages should enjoy soccer, and gave generously to this effort at Packard Park. In his honor, the courts are now called the Beasley Courts.

Bringing this new sport to Fort Wayne was a long process – more than two years discussing the public-private partnership with Beasley, Indiana Soccer Association and the neighbors around Packard Park. ”We wanted to be sure and serve area residents while also fulfilling our mission of providing healthy activities for all citizens of Fort Wayne,” said Steve McDaniel, Director of Parks and Recreation. “DaMarcus, Indiana Soccer, Homestead High School Soccer Team players, and local soccer enthusiasts have all given of their time, talent and treasure to bring Futsal to Fort Wayne. We are appreciative and excited about the prospects for new opportunities and fun for kids of all ages at Packard Park.”

Events included an Opening Ceremony, Ceremonial First Kicks, a 15-minute Futsal demonstration by Fort Wayne United Futbol Club and Homestead High School Soccer Team as well as an opportunity for the Fort Wayne Parks and Recreation Department playground program kids and other area youth in attendance to be introduced to Futsal by soccer great, DaMarcus Beasley, and to have fun playing this fast-paced small-sided soccer game.