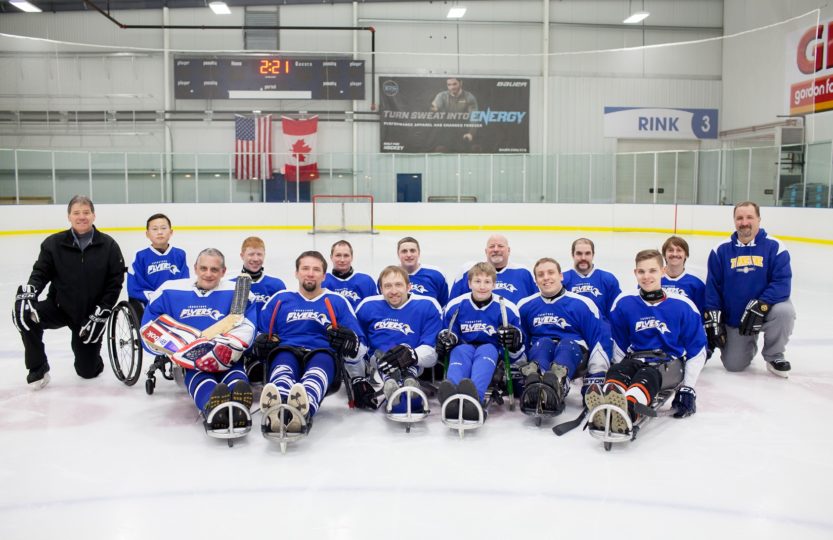 Each Turnstone Flyers team completed a full season of competitive play leading up to earning bids to the national tournaments. The prep wheelchair basketball team (ages 8-13) ended their season with a record of 19-5. They will be competing April 13th -15th down in Louisville, KY at the National Wheelchair Basketball Tournament.

The sled hockey team ended their season with a record of 6-11-1. These athletes will be competing in West Dundee, IL from April 12th-15th in the American C Division National Championship.

“It’s a real honor to be able to represent Fort Wayne, IN at a national level with our teams,” said Turnstone Flyers wheelchair basketball coach Bob Walda. “I think it says a lot about how we prepare our athletes not just for competition, but for their future, too.”

“Both of these teams have grown this season in many ways. Our skills have improved and our numbers continue to grow with new athletes. The National events are what most players look forward to,” said Molly Cinker, Turnstone’s Competitive Sports Coordinator. “It is an opportunity for our athletes to experience new competition as well as showcase their skills.”

“After a long season that started at the end of August, I have seen our team develop our skills on the ice, and our comradery on the ice, we look forward to competing in the championship tournament at the National Disabled Festival in Chicago,” said Matthew Whitney, Turnstone’s Sled Hockey Head Coach.

Dwight Silvers and Matthew Whitney were also honored at the send-off celebration for their time spent investing in Turnstone’s athletes and sport programs in their final seasons as coaches of the Turnstone Flyers.