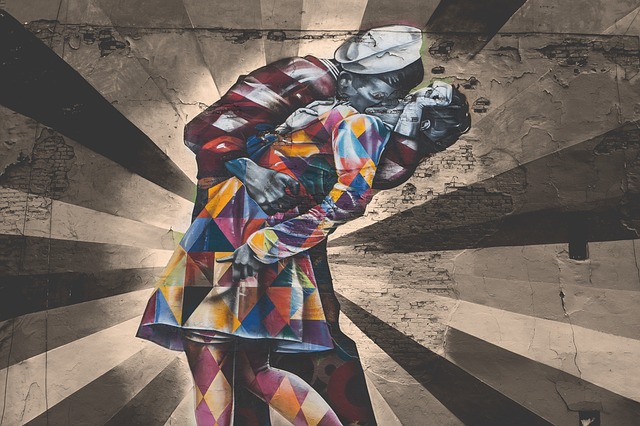 The Fort Wayne Downtown Improvement District is pleased to announce that the Art This Way, Alley Activation Project is producing its first round of large scale outdoor murals during the Spring and Summer of 2018:

“Downtown Fort Wayne’s public realm experience is essential to sustaining its momentum and growth as a destination of choice”, said Bill Brown, President of the Downtown Improvement District. “Through the collaborative efforts of great partners like Art This Way, the Fort Wayne Chamber of Commerce Foundation, Lincoln Financial Group as well as fantastic Downtown advocates, businesses and property owners, we have been able to develop a positive placemaking concept from idea to implementation in an actionable timeframe that respects the process as much as the outcome. The willingness for all these different interests to work together has made all the difference and is truly our X-factor in fulfilling our mission of Advancing Downtown Fort Wayne as the vibrant urban core of Northeast Indiana.”

Art This Way is a public art program operating under the umbrella of the Fort Wayne Downtown Economic Improvement District. Art This Way works to raise funds and liaison between property owners and artists to bring large scale professional art installations into Fort Wayne. The current focus of the organization is the alleyways within a two block area of Downtown between Washington, Wayne & Berry Streets and between Harrison & Calhoun Streets. The property owners within these two blocks have generously signed agreements to participate in this program to support an active, vibrant and beautified public realm in Downtown Fort Wayne.

We are pleased to support the Art This Way, Alley Activation Project,” said Maclyn Parker, President of the Fort Wayne Chamber of Commerce Foundation. “I use the downtown alleys for a shortcut often and am amazed at the number of people who use them. Brightening up the alleys with art will certainly enhance the experience and make it an enjoyable shortcut.”

Art This Way was a collaboration which began in memory of Downtown luminary Christy Landrigan. Christy worked for the Downtown Improvement District and later Lincoln Financial Group, before passing away in an automobile accident in 2016. Since then, with the help of groups like Lincoln Financial Group, the Fort Wayne Chamber Foundation, the Fort Wayne Downtown Improvement District and great local artists, creative installations have been installed in 2016 and 2017 with new large scale murals programmed for 2018 and beyond.