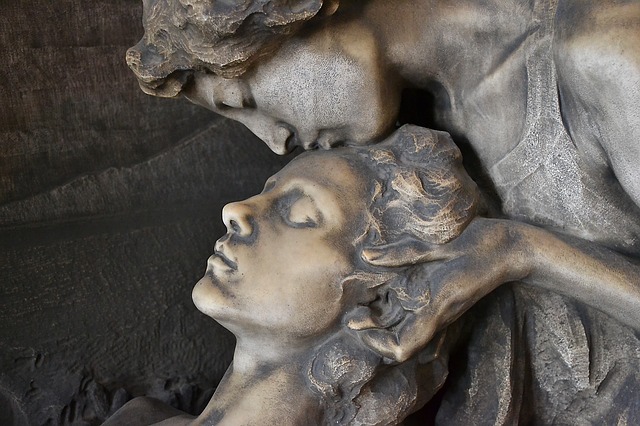 Fort Wayne Mayor Tom Henry was joined today by City Councilmen Glynn Hines and Tom Freistroffer, as well as representatives from Arts United, to propose the creation of a Public Art Program and Public Art Commission.

A City ordinance will be introduced Tuesday, calling for the creation of the Public Art Program, which would promote and integrate public art throughout the city. The program would be overseen by a 13-member volunteer commission made up of appointments from arts organizations and arts schools, as well as the Fort Wayne City Council and the Mayor’s Office. The Art Commission would review and select art that would be displayed in public spaces; the goal would be to enhance the visual environment and strengthen the positive reputation, brand and stature of Fort Wayne and its neighborhoods.

“Public art helps create interesting and vibrant spaces, the kinds of places that people want to visit and come back to,” said Mayor Henry. “Public art tells our unique story to residents and visitors and communicates that we value quality of life, creativity, culture and diversity.”

The ordinance would also create a Public Art Fund, which would be overseen by the Commission and used for the creation and placement of public art throughout Fort Wayne. Private grants and donations could be made to the fund, and a Public Art Giveback program would also be established. The Giveback Program would ask developers who receive a Tax Increment Finance incentive from the Fort Wayne Redevelopment Commission to contribute, from their own funds, an amount equal to one percent of the incentive to the Public Art Fund. The maximum contribution would be set at $100,000.

The City of Fort Wayne has worked with Arts United to develop the specifics of the Public Art Program. Best practices have been researched and representatives from the arts, neighborhoods, and businesses have all been consulted.

“A formal Public Art Program makes great sense for Fort Wayne as we build on our current momentum as a vibrant, nationally-recognized economy, and we are excited about the tremendous community support we’ve already received for this proposal,” said Arts United President Susan Mendenhall. “The Fort Wayne Public Art Program will be a powerful tool to engage diverse neighborhoods, community members and artists in meaningful and creative placemaking efforts that contribute to our city’s growth.”

Research shows that more than 350 U.S. cities have dedicated funding mechanisms for public art, including Indianapolis, Toledo and Munster. Cities throughout the country recognize that public art contributes positively to economic development factors such as business and talent attraction and retention, cultural tourism, education, equity, and neighborhood revitalization.

The Public Art Program ordinance will be introduced at City Council Tuesday, March 13, discussed on March 20 and voted on March 27, 2018.