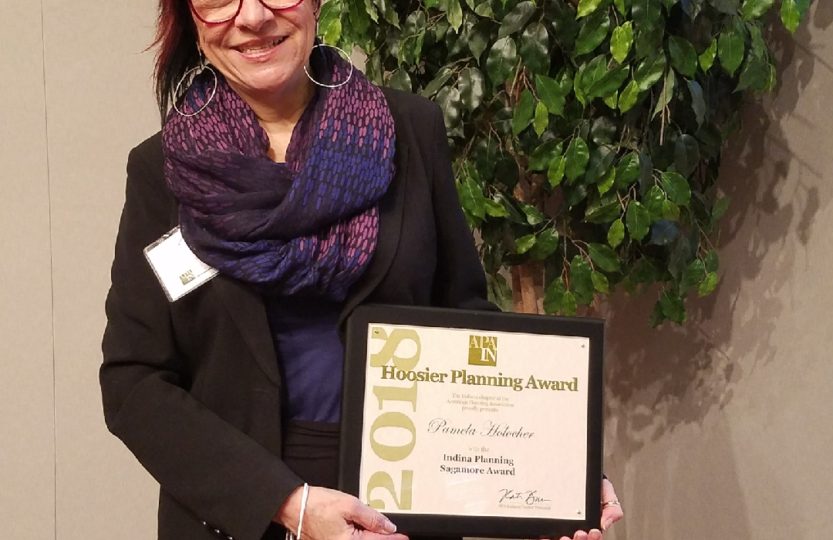 The City of Fort Wayne’s Planning & Policy Director, Pam Holocher, was named the Indiana Planning Sagamore today. The award is the highest honor bestowed on a planner by the American Planning Association Indiana Chapter.

Holocher’s planning career spans more than 40 years. She began work for the City of Fort Wayne in 1978 and has worked in the Community Development Division the entire time. She was promoted to the Director of Planning & Policy in 2004 and remains in that position today.

Under Holocher’s direction, the Planning & Policy Department has overseen multiple fiscal policy, redevelopment, comprehensive, strategic and neighborhood plans. She has led the City’s planning efforts for the revitalization of downtown Fort Wayne through the creation of the Downtown Blueprint plans. Holocher also took a lead role in developing the first-ever joint Comprehensive Plan for both the City of Fort Wayne and Allen County. And with her guidance, the City of Fort Wayne was successful in annexing nearly 55 square miles over 35 years and increasing the municipal population by more than 100,000.

“This is a well-deserved award,” said Mayor Tom Henry. “Over the years, Pam has helped make City government more effective and efficient, and her dedication to improving the Fort Wayne community through innovative and inclusive planning is exceptional.”

Holocher was presented the Indiana Planning Sagamore at an Indiana Chapter of the American Planning Association luncheon today in Muncie, Ind. 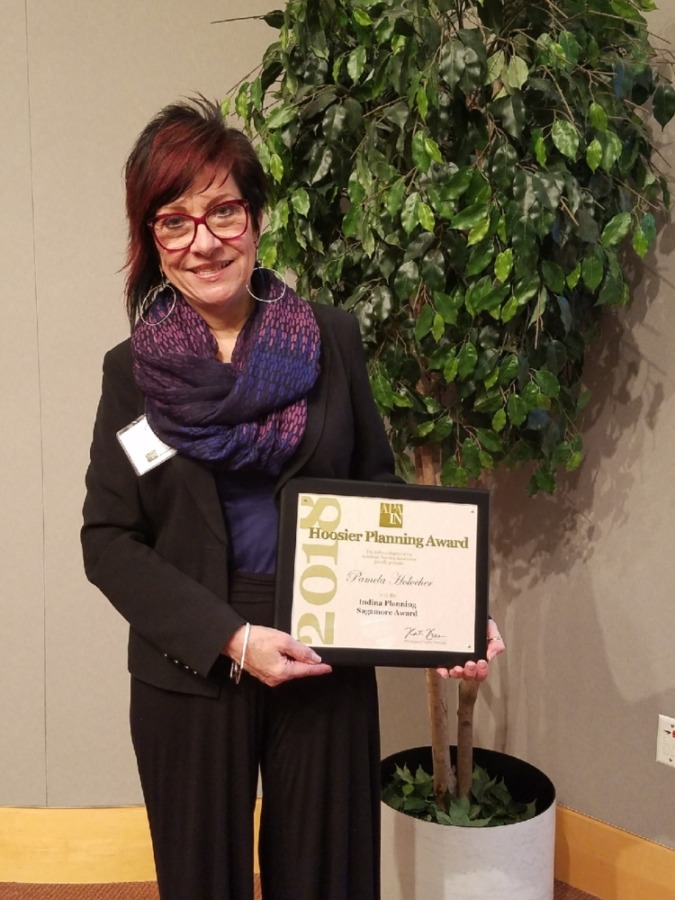