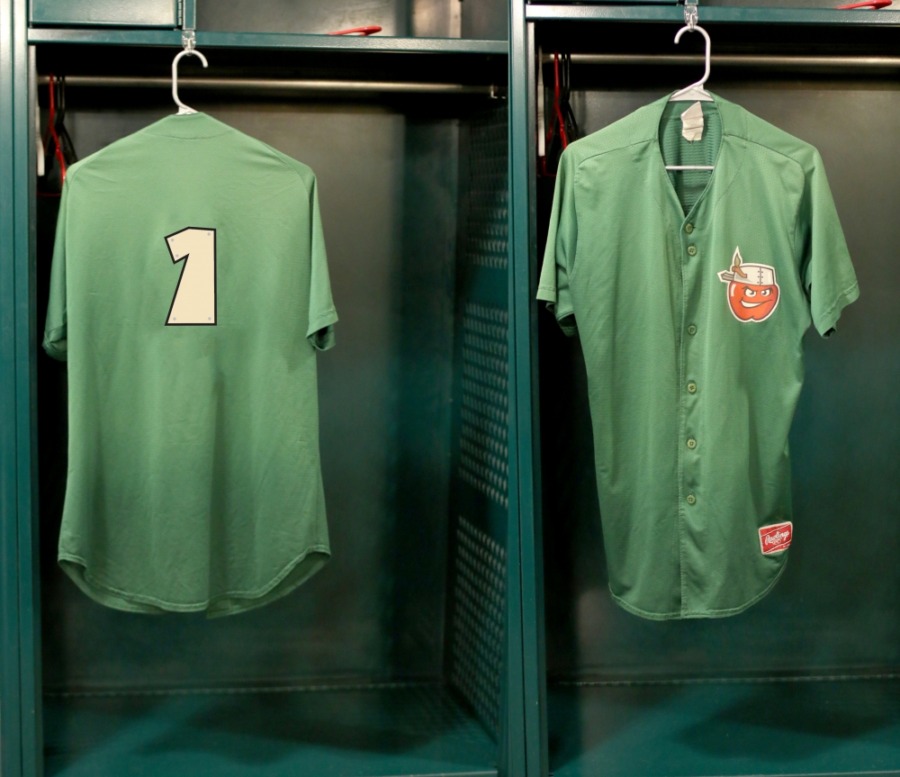 Ever wanted to have the jersey of a Major Leaguer? Or the jersey of one of baseball’s top prospects before they make it big? Maybe you just want a jersey with your favorite number on the back. Either way, now’s your chance.

The Fort Wayne TinCaps are auctioning off authentic, game-worn jerseys that fans can bid for online, with proceeds benefiting the TinCaps CARE program.

The auction is now live on TinCapsJersey.com and will run until Friday, March 31 (5 p.m.). Bidding for each jersey begins at $50 and goes up by $5 increments.

The jerseys being auctioned are the team’s previous green alternate tops, featuring the apple logo on the front and uniform number on the back. These jerseys were also worn regularly during batting practice from 2013-2016.

The TinCaps are committed to being a positive force in the community. The mission of TinCaps CARE (Community, Activity, Recreation, and Education) is to give back to citizens around the region through outreach, programs, events, fundraising, and partnerships with local charitable organizations. Perhaps the most impactful of the TinCaps CARE programs allows members of the Fort Wayne community that would otherwise not have the opportunity to attend a game to come out to Parkview Field. During the 2016 season, more than 2,000 tickets were donated through the TinCaps CARE program, including tickets for Big Brothers Big Sisters, the Boys & Girls Club, and many other deserving community organizations.

As in the past, the TinCaps will also have several auctions for specialty jerseys worn on theme nights during the 2017 season.

The TinCaps will don their new batting practice jerseys when they warm up for their 2017 home opener at Parkview Field on Saturday, April 8 (6:05 p.m.) against the Bowling Green Hot Rods (Tampa Bay Rays). Tickets to Opening Day and all 2017 home games are available online at TinCapsTickets.com, by calling 260-482-6400, and at the Parkview Field Ticket Office.