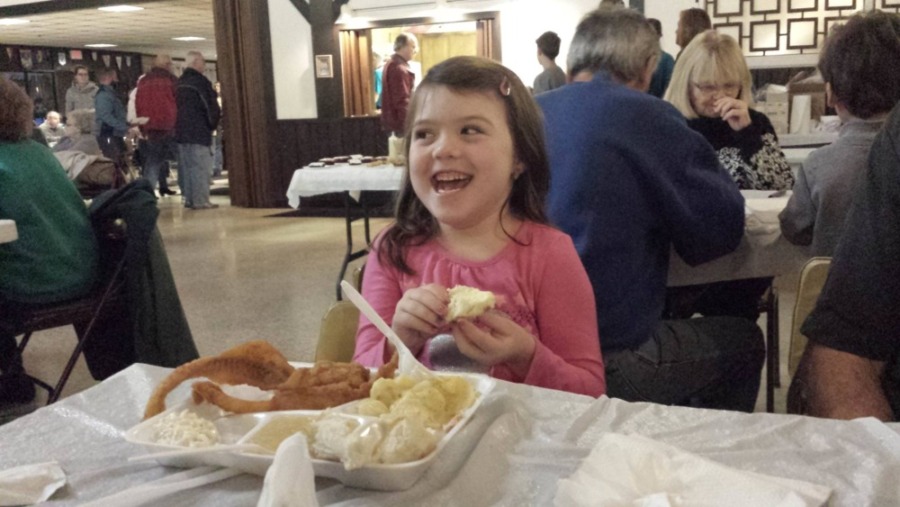 The final Fish Fry of the season will be held in Fort Wayne on Good Friday, April 14th, starting at 4:30 p.m. Fort Wayne Sport Club, located at 3102 Ardmore Ave in Fort Wayne, will host the event.

Come join in on the fun and enjoy yet one more fish dinner in 2017 – the year celebrating the 90th anniversary of the Sport Club. This April Good Friday Fish Fry will continue the fine German dining tradition at Fort Wayne Sport Club. The cost is $9.00 for adults and $4.00 for children ages 6 to 10. Children age 5-and-under eat for free.

The delectable dinner includes a generous portion of fish, baked potato or scalloped potatoes, coleslaw, applesauce with roll and butter and dessert – all made fresh by members of the Club. Great draft beers are also available at the Fort Wayne Sport Club bar including Köstritzer, HofBrau, Guinness, Smithwicks, Mad Anthony and Bud Light. Many fine bottled beers are also available at the full-service bar.

Fish Fries are traditionally held at Fort Wayne Sport Club on the 4th Friday of each month throughout the season, which usually lasts from September through Good Friday. Don’t forget to mark your calendar for the opening Fish Fry of the next season which will tentatively begin on Friday, September 22nd, 2017.