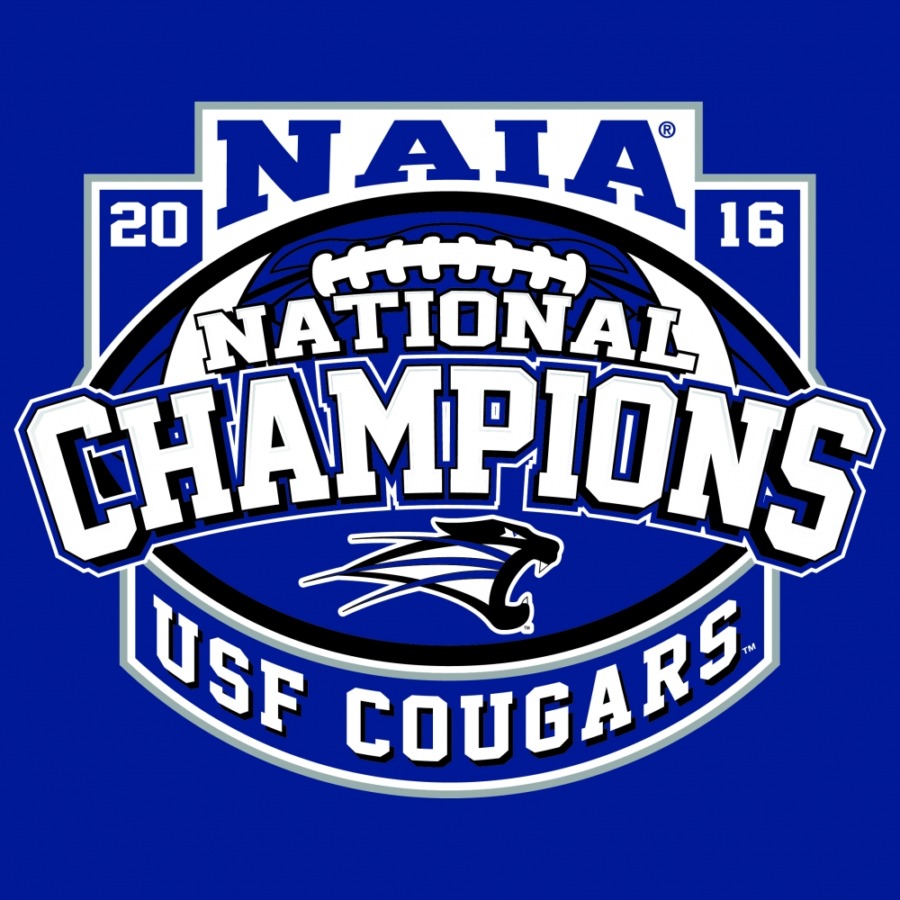 On Thursday, January 19, the University of Saint Francis invites the community to celebrate the 2016 NAIA National Champions Cougars Football team. The event will run from 1 p.m. – 2 p.m. in the Hutzell Athletic Center on the USF main campus, just off Leesburg Road.

“This football team’s outstanding season has demonstrated the power of hard work, persistence, and integrity,” said USF Athletic Director Mike McCaffrey. “We’re excited to celebrate our national championship and the excellence of our student athletes, coaches, and staff!”

USF won the NAIA National Football Championship on December 17 in Daytona Beach, Florida, by defeating Baker University 38-17 in the title game. This is the university’s first national football championship since the creation of the program in 1998.