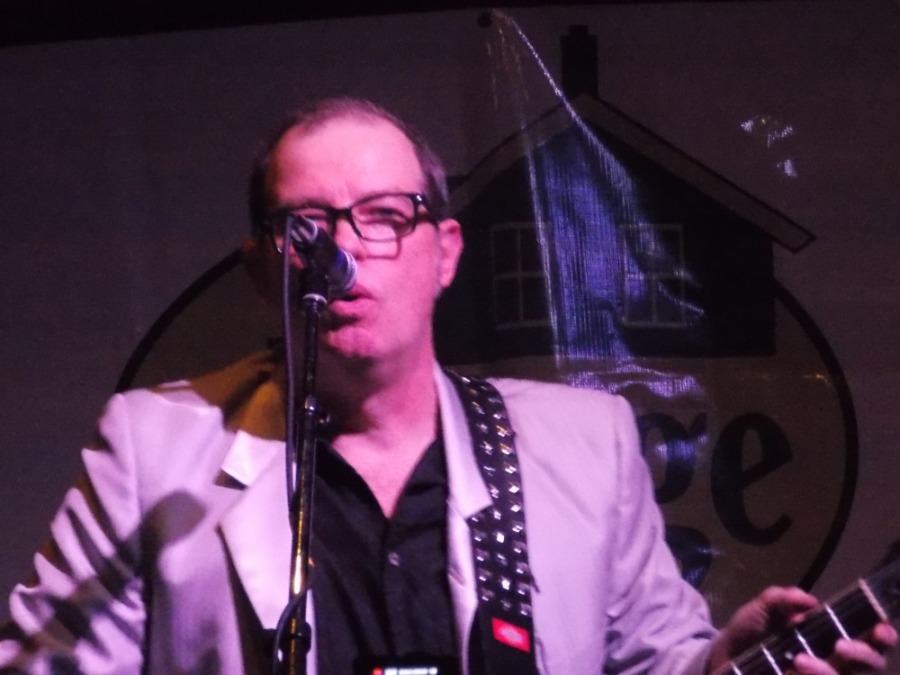 Taylor will be backed for the performance by his combo “The SwingSet Quartet”. The show will feature the music that defined the early days of Rock & Roll, including songs by artists like Elvis Presley, Chuck Berry, Bill Haley & The Comets, and Buddy Holly. In addition, Taylor and his band will perform several examples of “Jump Blues” music, from which the rock genre evolved.

Guitarist Kenny Taylor is among the most highly regarded musicians in the area. He has recently opened for Rock Legends BOSTON and HUGHIE LEWIS & THE NEWS at Fort Wayne’s Foellinger Theater. His former band THE BLUE MOON BOYS opened for guitar legends Bo Didley, Dick Dale and Stray Cats front man Brian Setzer. He also played lead guitar with Detroit based Rockabilly band Twistin’ Tarantulas and has played with Carl Storie, best known as lead singer for Indianapolis based FAITH BAND.

“Some people can play guitar, others have humor, some are good with crowd interaction, show enjoyment in their craft and bring what they have every night. Kenny Taylor owns all of that. In spades.”

Tickets are $12 and may be purchased by phoning 260-483-3508, or with PayPal at cottageeventcenter.com. Tickets are also on sale at John’s Meat Market in Roanoke. Doors open at 6:30 PM and the show begins around 7:30. A Cash Bar will be available, along with food by Fort Wayne’s Walnut Hill Catering (who most recently catered the facility’s sold out New Year’s Eve Dinner Theater event).

The Cottage Event Center is owned and operated by Hamilton Hospitality Group LLC. For information or to tour the facility 260-483-3508.