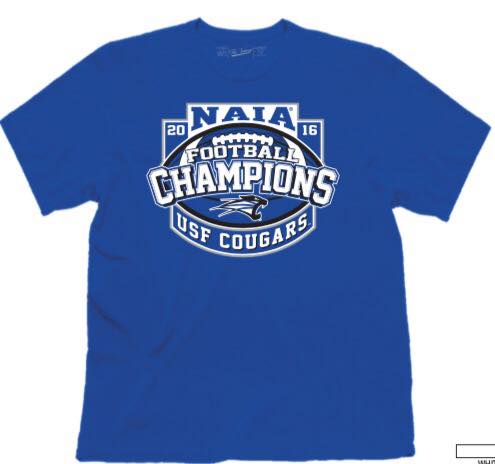 The University of Saint Francis Campus Shoppe will be selling commemorative NAIA National Championship t-shirts on Tuesday, December 20. The Campus Shoppe is located in the Pope John Paul II center on the USF campus, 2701 Spring Street.

Supplies will be limited and this week the USF Campus Shoppe will be open until Thursday, 9 a.m.-5 p.m. A limited number of shirts will also be available online at usf.bncollege.com.